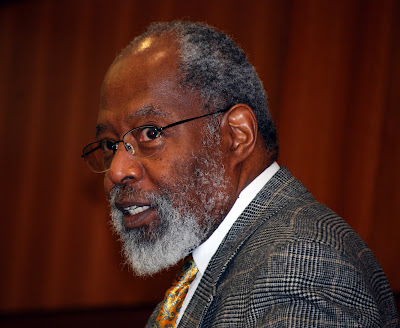 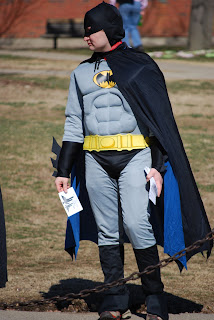 I'm not sure what this guy was doing there, but I was at the university of Louisville to hear poet Ed Roberson.
It was time for the conference formerly known as the Twentieth Century Literature Conference. Rumor has it that as the 21st century unfolded, a select committee considered this unpronounceable symbol of a symbol as a conference logo, before settling finally on "The Conference on Literature and Culture after 1900."
In any event, the event began with Roberson's understated but powerfully read statement, including work from two new books that will be published in the coming months. 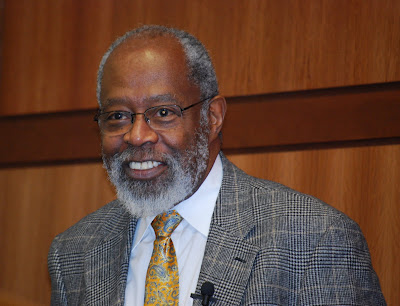 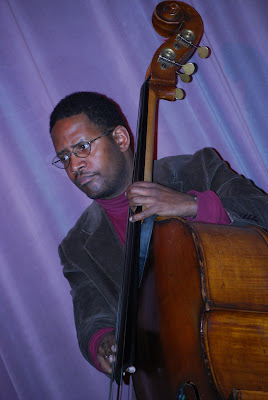 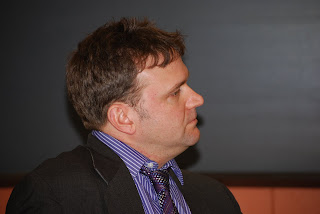 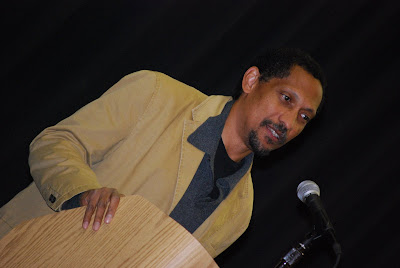 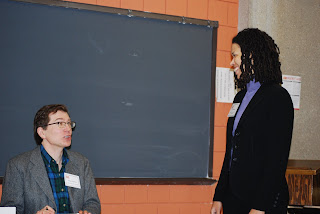 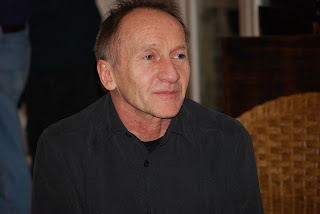 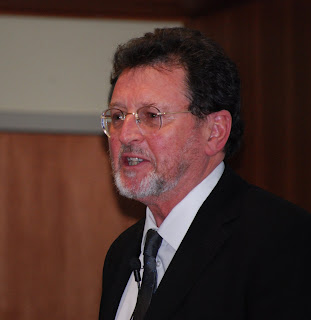 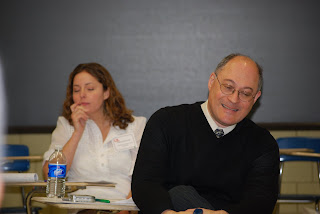 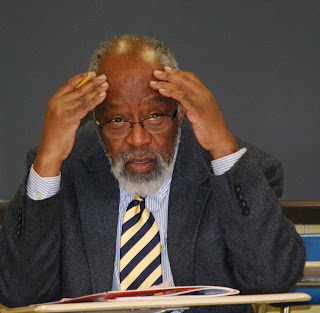 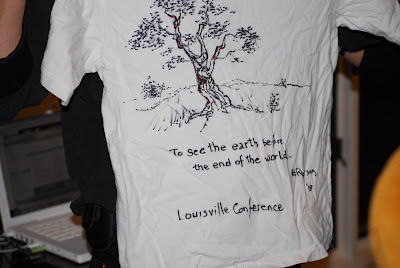 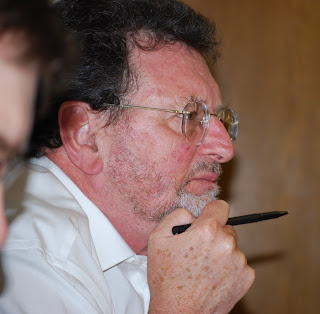 
The final speaker of the conference, holding down the slot I filled at last year's meeting, was Cinema Studies Professor David James, who detailed the early stages of Rock 'n Roll film.

At the after party we played a rousing game of "guess which poet belongs to these socks." 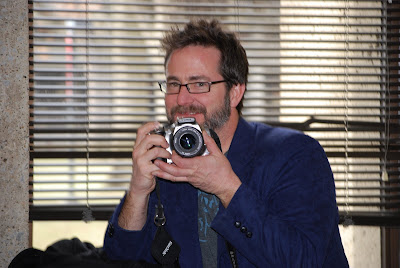 Also among the featured readers was Los Angeles novelist Percival Everett, who presented passages from I AM NOT SYDNEY POITIER. 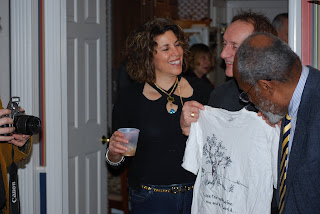 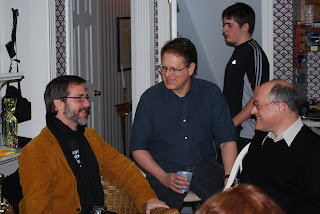 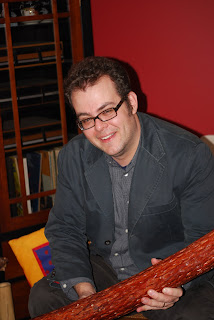 Posted by Aldon Lynn Nielsen at 3:36 PM No comments: 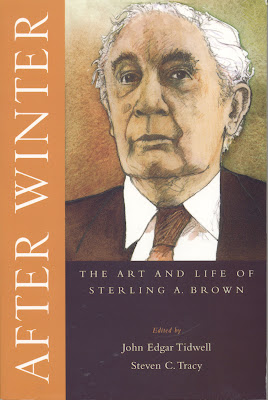 This striking portrait of Sterling Brown by Jack Coughlin graces the cover of an indispensible new book just out from Oxford University Press.  After Winter: The Art and Life of Sterling A. Brown, edited by John Edgar Tidwell and Steven C. Tracy, makes a powerful follow-up to the recently published A Negro Looks at the South, also from Oxford and edited by Tidwell with Mark Sanders.  Quite some time separated these volumes from the earlier collection of Brown's essays, edited by Sanders, and so this veritable flood of Sterling's work and responses to it is even more than usually welcome.
"After Winter" is the title of one of Brown's most moving poems, one he often liked to use to close readings.  It's a poem that looks back to his childhood days on a farm near Laurel, Maryland, a retreat from the Brown family's busier days in D.C.  After Winter is also the title of Haile Gerima's too-seldom screened 1985 documentary film about Sterling Brown in which you can see him read the title poem and identify himself as the "little feller" of the poem.  If you'd like to arrange a screening of this important film you can find details here.
In addition to new essays on Brown, this volume collects such crucial earlier responses as Alain Locke's piece on Brown as New Negro folk poet, James Weldon Johnson's original introduction to Southern Road, Charles Rowell's Callaloo interview with Brown and Lorenzo Thomas's essay on Sterling Brown's theory of the blues.  The book also offers such useful materials as a short Brown chronology, an annotated bibliography and a discography that not only lists recordings of Brown, but details recordings relevant to individual poems by Brown.  For one example, lovers of the Slim Greer series can supplement their readings of "Slim in Atlanta" with the song "Negro Got No Justice" on a Rounder Records compilation identified in the discography.
It's always the poetry itself that brings us back to Brown, though, and this book also brings us two "lost" sonnets Brown published in the 1920s that were not collected in any of his subsequent books.
Like C.L.R. James, Sterling Brown's life encompassed the greater part of the twentieth century, and After Winter is a treasure of a book that will help us understand much of the transformations Brown lived through and impelled.
Posted by Aldon Lynn Nielsen at 8:40 AM No comments: