When I was in Ottawa for the C.L.R. James conference in October, a frequent topic in our discussions was the Critical Inquiry essay by Susan Buck-Morss on Hegel and Haiti. Like many others, I had first known of Buck-Morss by way of her intriguing work on Benjamin, particularly her book on the Arcades Project. I'd followed with interest her turn to other subjects in political philosophy, evidenced in such work as Thinking Past Terror, but was still surprised to see her take up the place of Haiti in the evolution of modernity, a subject of interest to me since the days I used to pursue the topic in undergraduate history classes taught by C.L.R. James.
Now "Hegel and Haiti" has been conjoined to a new essay, "Universal History," and published as a book by the University of Pittsburgh Press. [Find the Amazon page for the book here.] Buck-Morss picks up on the arguments that James and DuBois were advancing in the 1930s, the point I was explicating in my chapter for the Geomodernism collection:
"The Haitian experience was not a modern phenomenon too, but first."
That argument appears in the new "Universal History" addition, and no matter what you may think of the disputes about the possibilities of the universal, or the propsects of some "new humanism," the book is well worth reading on that score alone. Still, it has much more to recommend it.
Posted by Aldon Lynn Nielsen at 1:09 PM No comments:


The African American Literature and Culture Society invites submissions for abstracts or papers for multiple sessions at this year's ALA in San Francisco, CA. The society will consider papers or panels on any aspects of African American life and letters. Proposals should be sent electronically to William R. Nash, program coordinator (nash@middlebury.edu). Deadline for submission is 3 January, 2010; notification of acceptance by 30 January 2010.
Posted by Aldon Lynn Nielsen at 11:11 AM No comments: 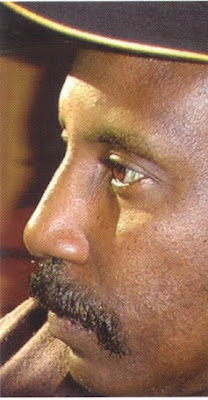 For those who have never seen it before, that's Will Alexander's own artwork on the cover of his new book from New Directions. This piece, which shares a title with the book, is characteristic of Will's drawings and paintings. I first saw one of these back in 1993 when he had come to my Los Angeles apartment to record an interview for the radio program I was producing at KSJS FM in those days. That interview, which includes a fair portion of Alexander reading from his work, is now available via my pages at Penn Sound, and can be found by clicking here. On his way out the door, Will handed me a packet that included his current book manuscript and one of his entangling drawings.
"I feel perpetual"
--Will Alexander
Posted by Aldon Lynn Nielsen at 11:37 AM No comments:

Congratulations to Keith Waldrop, who last night received the National Book Award for Transcendental Studies: A Trilogy, published by the University of California Press.
And while you're celebrating, look back to the April 17 HEATSTRINGS blog for an entry on Waldrop's SEVERAL GRAVITIES.
Posted by Aldon Lynn Nielsen at 6:09 AM No comments: 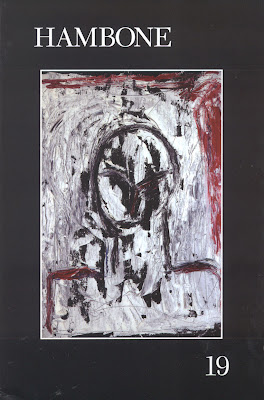 Hambone, Hambone, where you been . . . ?
Hambone 19 is just out, with this stunning art work by Rachel Griffiths. The new issue includes the transcription of a Berkeley lecture by Sun Ra from that odd period when he was in fact teaching for the University of California. (One of the more intriguing things in the Baraka papers at Howard University is a copy of the reference letter Baraka wrote in support of Sun Ra's getting the professorial appointment.) Another wonder is a selection of poems from Lloyd Addison, original UMBRA poet. You'll also find new work from Lyn Hejinian, Will Alexander, Fred Moten, Ed Roberson, Dawn Lundy Martin, Peter Gizzi and many others.
Get it here!
Posted by Aldon Lynn Nielsen at 8:18 AM No comments: 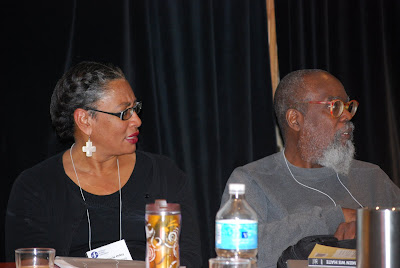 The first panel I got to at this year's ASA presented me with a pleasant surprise. I walked into the room to find poets Brenda Marie Osbey and Kalamu ya Salaam taking their positions at the podium. Admittedly this would have been less of a surprise had I inspected the conference program before leaving home. (It's no longer mailed out in hard copy, and frankly, I hadn't thought to donwload it to my Kindle.)
The poetic occasion was a special session on post-Katrina arts in New Orleans. A post-Katrina baby was on hand to add his verse. Later I was talking with Meta Jones about the paucity of poetry at ASA. Meta was there as part of a panel on Hip Hop Poetics. I went off to dinner with that group after their session, asserting my position as senior citizen who had in fact been listening to the radio when the first raps came across the air waves. 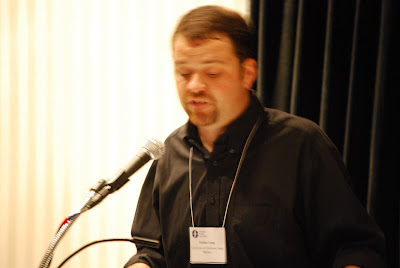 Other panels I got to this year included a superb session on the Canadian/Caribbean axis. Having just come from Ottawa, where I spent much time in conversation with David Austin, it was good to see scholars in the USA taking up the important history of Caribbean activism in Canada and the multitude of connections to US social and arts movements. That panel also featured Carter Mathes on Peter Tosh, and Jeremy Glick speaking on C.L.R. James's play featuring a performance by Paul Robeson. There was a quite good session on Soul, in the course of which Gayle Wald gave a talk on the television show "Soul" that aired for several years on PBS back in the years when the system featured lots of exciting original programs and had not yet resorted to 26 part adaptations of Trollope novels. At the panel chaired by Wahneema Lubianao, Evie Shockley, who had just been at Penn State's novel conference, spoke on the subject of Anne Spencer's poetry. That was also the panel where I learned of Sam Milai's work as an editorial cartoonist for the Pittsburgh Courier. Visit this link for an overview of Milai's work. 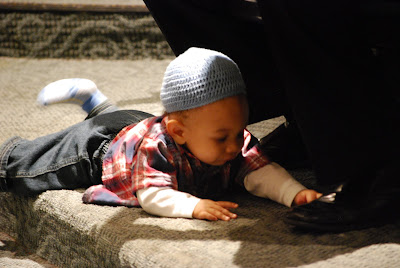 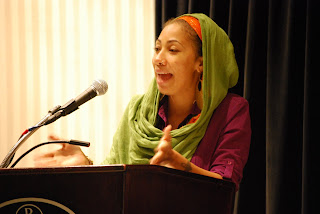 At the dawn session on Sunday I joined an avid band of bitter enders for a discussion of developments in digital humanities. 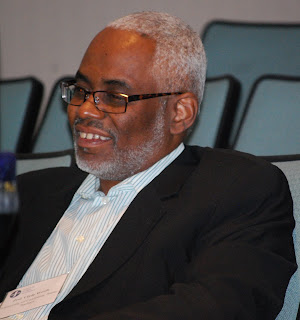 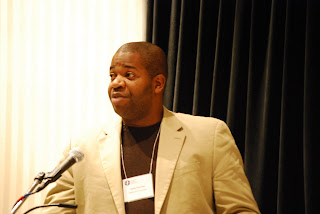 It was just as well I was in a news-free zone and didn't hear what the Democrats were doing to our health care reform. 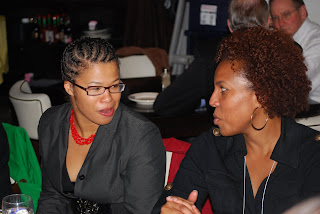 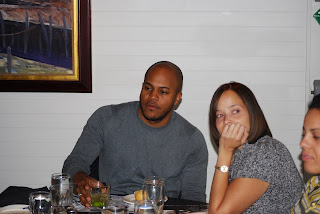 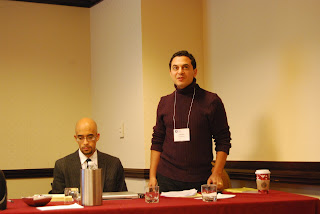 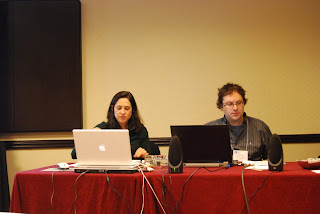 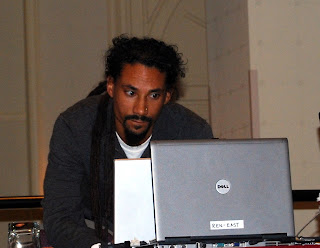 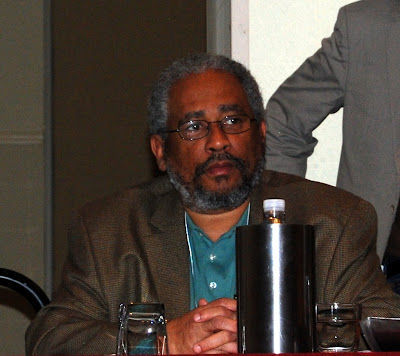 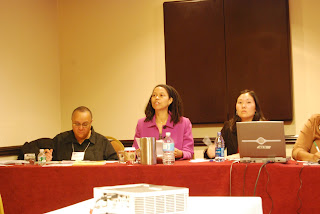 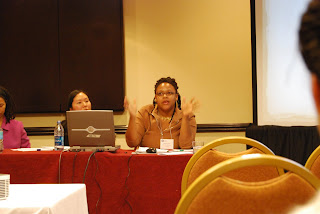 Posted by Aldon Lynn Nielsen at 6:28 PM No comments: