BEFORE THE FIRE -- DEM BBQs 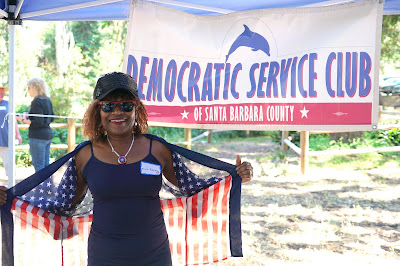 This year we decided to get our Fourth of July off to a start at the Democratic Service Club's annual holiday barbeque, at Stow park, not far from our home.  Despite the fact that I am not a member and am not even a California voter, I was given the warmest of welcomes and made to feel right at home.  (Though being an out-of-state voter, I was spared the usual round of petition signing.) 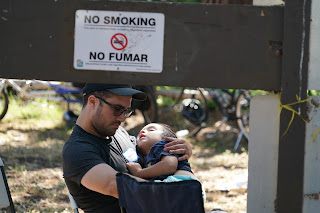 Many of Anna's colleagues from the Women's Political Committee and the Commission on Women, of which she is chair, were on hand. I was meeting several of them for the first time.  I tried to make a good impression. 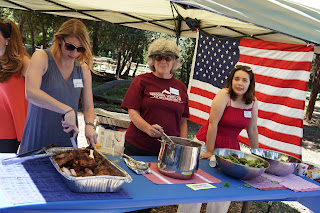 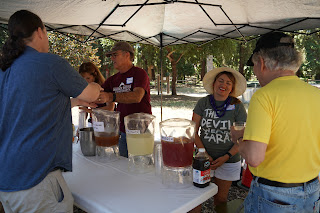 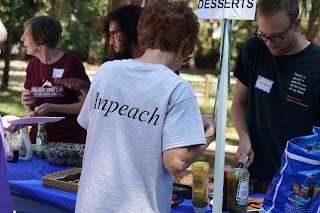 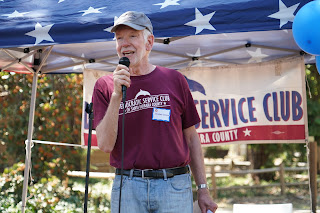 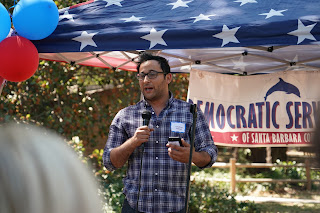 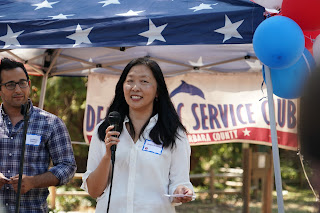 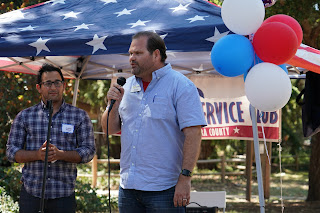 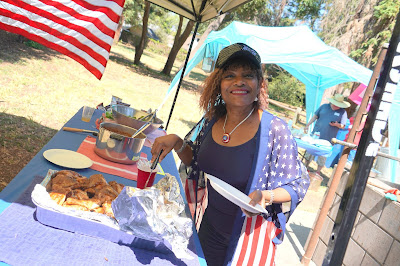 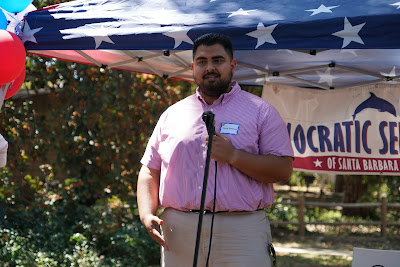 There was the expected round of speeches, but these were neighbor-to-neighbor, and barbeque goes a long way toward making politics more palatable, a truth confirmed at state fairs everywhere. 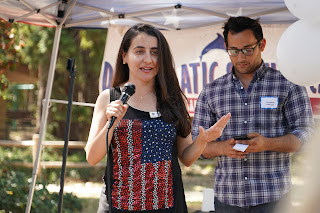 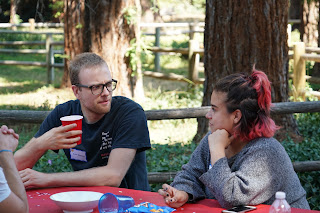 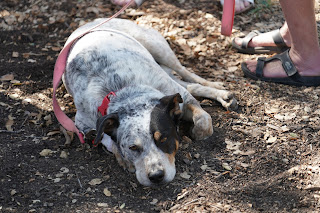 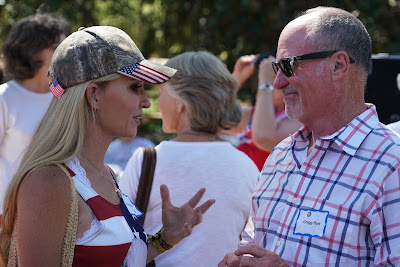 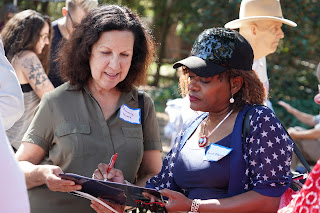 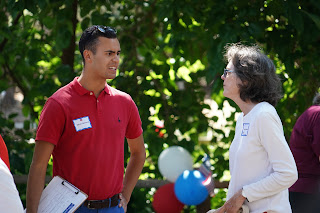 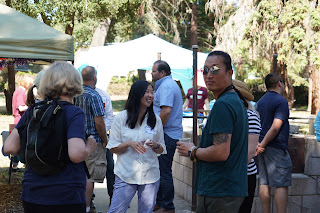 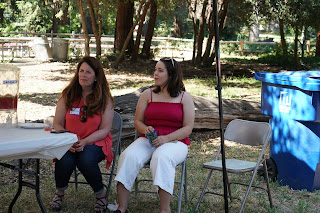 Posted by Aldon Lynn Nielsen at 8:25 PM No comments: