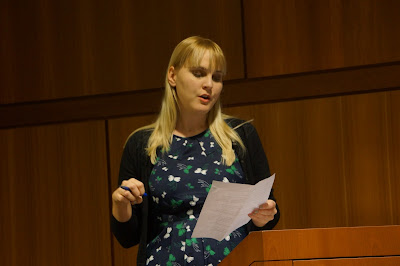 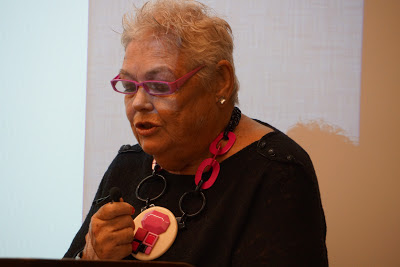 Back once more to the University of Louisville and the conference formerly known as the Twentieth Century Literature Conference.  It was almost as if I had never left my own campus, as there are two Penn State PhDs on the faculty there, and, in addition to our usual large contingent of panelists, two of this year's keynoters were Penn State faculty.  During the party at Alan Golding's house after the conference, someone asked me why our department is so cool.  Hey, we've got more of that in State College. (Another reason all of you should come to our conference on African American and Caribbean poetry in October.) First up was Jayne Marcus, who I hadn't seen in decades, who shared letters she had received from Adrienne Rich. 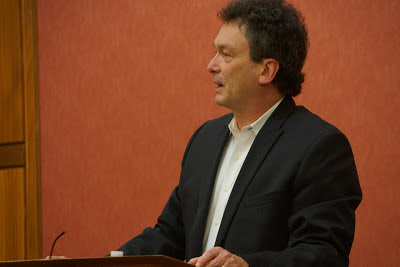 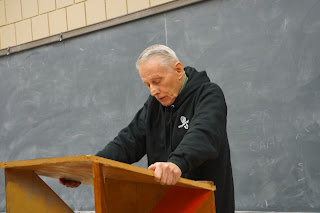 Meet the New Gnostics, not just like the Old Gnostics. "The earliest origins of Gnosticism are obscure and still disputed." So says Wikipedia, keeper of the arcane, with good reason. Still, some great poetry coming from these guys. 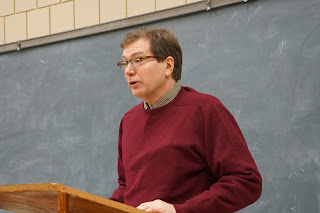 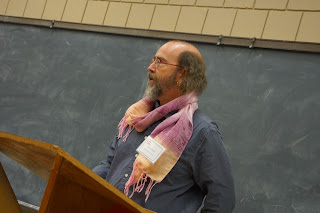 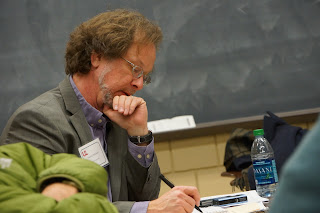 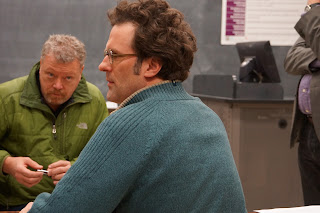 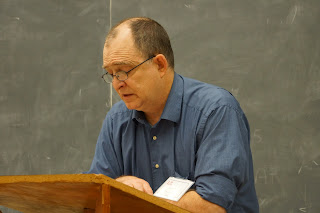 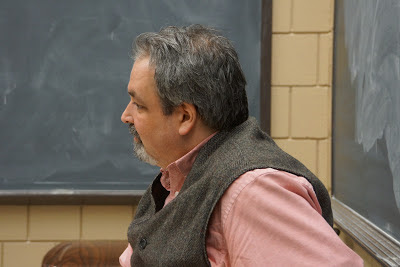 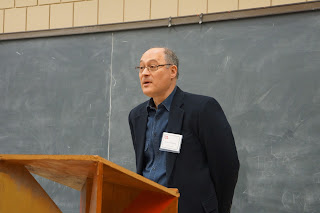 But I wasn't there just to engage the mystical in the company of my Penn State colleagues.  The poetry keynote this year was Joan Retallack, a dear friend from my D.C. days. (Though I won't, as I've been doing on FaceBook, post a Google Street photo of her former domicile here.)  Joan and I both published our first books with SOS Press (Sultan of Swat), founded and edited in D.C. by Hugh Walthall and Richard Flynn. -- I hadn't seen her since the Maine conference on American Poetry of the 70s.  Wonderful as always to talk with her across the days of the conference, and to hear some of her more recent work at the reading. 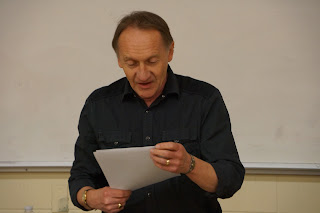 My own presentation this year was a return to the works of Russell Atkins, centering on the Cleveland Poets' Manifesto and the three chapbooks by Atkins under the title Objects.  What I presented was drawn from an essay for an edited collection featuring Atkins's works and commentaries on his art.  Watch this space for further news of that volume as it develops. 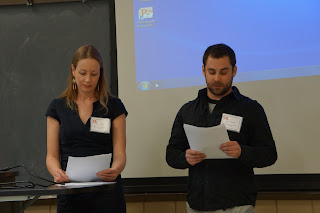 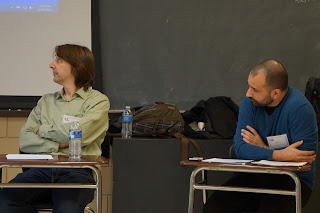 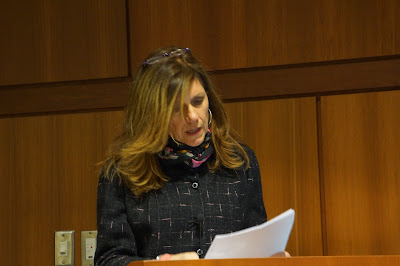 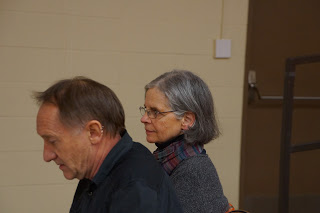 Posted by Aldon Lynn Nielsen at 7:51 PM No comments:

A BRAND NEW BEGGAR -- More Ways to get the Book 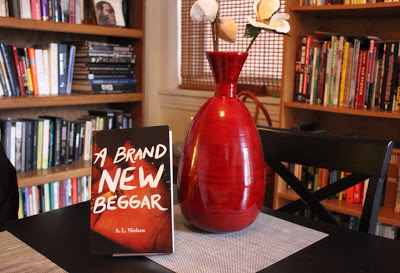 A Brand New Beggar is now available from SPD Books, the one place where you can also order it for your class.  While you're there, check out the other fine Steerage Press books by Amato, Joyce and Pusateri.:

It appears that the book is now also available from Barnes and Noble:


And, of course, you can always get it from the Amazonian mother ship:


Amazon is also the only place where you can get the endless enjambment e-book version, for ONLY 99 cents!! Read it on your ipad, your desktop, your Mac Air, your cell phone, even your Kindle --


[photo by Howard Rambsy]
Posted by Aldon Lynn Nielsen at 6:33 AM No comments: 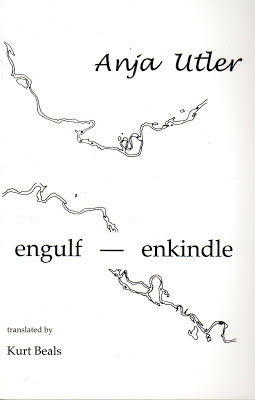 Keith and Rosmarie Waldrop's Burning Deck Press has for decades now been a reliable source for European poetry that might not otherwise find its way to our shores. Their latest volume in the series is by Viennese poet Anja Utler:


The book has been translated by Kurt Beals, currently pursuing a PhD in German at Berkeley.

fourfold as though: at the throat -- to stop, stiffen --
the lips were lopped off in their swing, as if: scraped out
bleed -- skinned -- or else: shrivel up
stunted, seem sere as if they were
not: fit for each other as if: nothing
were moving a shudder long

You can order the book here from SPD Books.
Posted by Aldon Lynn Nielsen at 11:34 AM No comments: