Joe Amato's ONCE AN ENGINEER 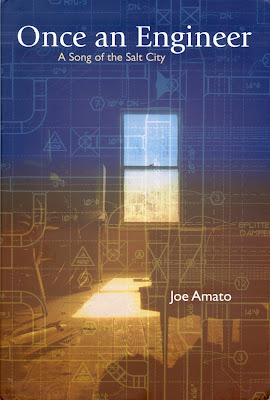 another one of those fine moments of convergence . . . .
One of my best memories of my first trip to Louisville was a couple of long evenings spent getting to know Fred Gardaphe over drinks, talking together about our work. Fred amused me with tales of trying to get Italianists to admit there was such a thing as Italian/American Literature. Fred was there with his friend Anthony Tamburri. I got a copy of the anthology they edited with Paolo Giordano, From the Margins: Writings in Italian Americana, and taught from it in several courses through the following years.
And was still teaching from it when, one night in Boulder, I met Joe Amato, who I had gotten to know through the Poetics List. Joe and Kass and I have been good friends ever since, meeting up at conferences, reading each other's books, generally looking out for one another.
And here in today's mail these two streams become one. Fred Gardaphe has undertaken a publishing series through SUNY Press, The SUNY Series in Italian/American Culture. Joe Amato's beautiful volume Once an Engineer appears in Fred's series. I told Joe I'd teach this alongside Christ in Concrete. Michael Joyce, in keeping with the construction motif, says that Joe's book is "riveting from beginning to end."
Get riveted. Order a copy of Once an Engineer here. Or here.
Posted by Aldon Lynn Nielsen at 12:08 PM 1 comment: 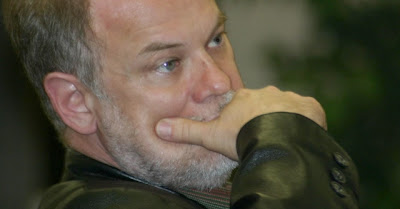 The two recordings I made in Philadelphia with Charles Bernstein earlier this month are now available on the new A.L. Nielsen page at the Penn Sound web site. Soon to come will be the panel discussion of Vachel Lindsay hosted by Al Filreis.
This new page will be a site hosting, in addition to recordings of my own work, selections from my large collection of recordings of literary artists. Visit from time to time to see what's new.
You can find the page at Penn Sound.
Posted by Aldon Lynn Nielsen at 8:35 AM No comments:

It was only when I read a Los Angeles Times review of Danzy Senna's recent memoir Where Did You Sleep Last Night? that I realized Senna is the daughter of one of my favorite writers, Fanny Howe. It was only as I was reading the memoir that I realized Senna's father was someone I had known of much longer.
In my early twenties I got hold of a then new book from Joseph Okpaku Press titled The Fallacy of I.Q. It was addressed to a subject in which I had been keenly interested for years. While still in high school I'd read a little book titled The Tyranny of Testing. That volume, originally published in 1962, had been one of the first to eviscerate the claims widely made for standardized testing and to call into question the growing power of such entities as the Educational Testing Service, widely known among students as the child of the infamous College Board. In the years following my high school graduation, many of the criticisms made in The Tyranny of Testing found support in the scientific community, and eventually the ETS itself had to acknowledge that this thing they were administering was not actually a test of aptitude at all.
The attraction of The Fallacy of I.Q. was that it offered a collection of essays in response to then circulating theories about race and intelligence promulgated by Arthur Jensen. Then as now, such already long-discredited speculations were given tremendous play in the press (Jensen credited with bravely raising questions "liberals" were supposedly loath to engage) and the White House even convened a cabinet level meeting on the subject. As if to show just how little we learned from the criticisms of Jensen contained in such books as The Fallacy of I.Q., decades later the whole charade was played out again around a book by Herrnstein and Murray and their "bell curve" theories, the authors once more prominently featured in such places as the NY TIMES magazine and credited with bravely confronting the minions of political correctness. Those of us who had been following the debates in my youth, of course, immediately recognized Herrnstein as the same idiot who had filled the pages of Atlantic Monthly with this racist pseudo science back during the Jensen age.
Well, the editor of The Fallacy of I.Q., which I read a good eight years before ever hearing of Fanny Howe, was that same Carl Senna who is the father recollected in Danzy Senna's new book.
But the name of Carl Senna had a way of reappearing unexpectedly. Years later I was listening to a radio call-in program featuring an interview with Edward Said. One of the people who called in with questions for Edward was none other than Carl Senna. You can find a transcript of that interview in the volume Conversations with Edward Said.
Senna's foreword to The Fallacy of I.Q. shows occasional glimmers of his poetic interests: "our world is our way of expressing it," he writes at one point. 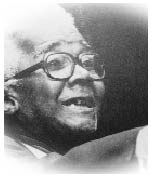 A great conference coming up in Ottawa next month to observe the 60th anniversary of C.L.R. James's American Civilization.See announcement here.
Posted by Aldon Lynn Nielsen at 5:33 PM No comments: 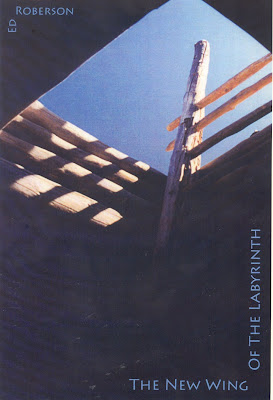 This wonderful new book from Ed Roberson is now available.
get it here!
Posted by Aldon Lynn Nielsen at 7:49 AM No comments: 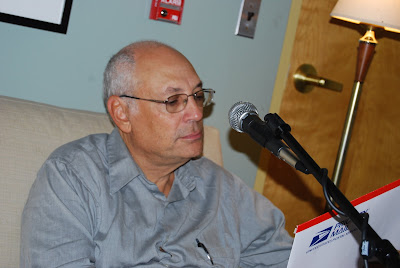 Last Friday I drove over to Philadelphia for a recording session at Kelly Writers House, up in that belfry where Penn Sound bats around phonemes.
The afternoon started out with two programs recorded with Charles Bernstein: a half hour of my poetry followed by a second program in which Bernstein, short of water boarding me, attempted to get at the ticking time bomb of my poetics.
Prior to heading over there, I'd pulled from the shelf that review of Bernstein's Controlling Interests I'd published back in 1981 in the journal Gargoyle. It was a matter of some relief to find that the review could stand rereading all these years later.
After those sessions, I participated in one of Al Filreis's POEM TALK episodes as part of a panel discussing Vachel Lindsay's "The Congo."
When the recordings are posted at Penn Sound I'll provide the links in this space.
Had a great afternoon -- thanks to all the good folk at Kelly Writers House. 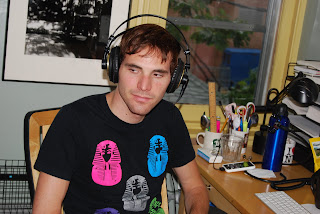 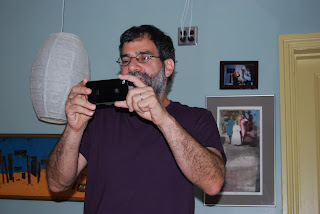 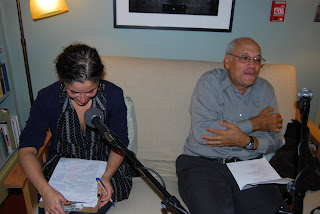 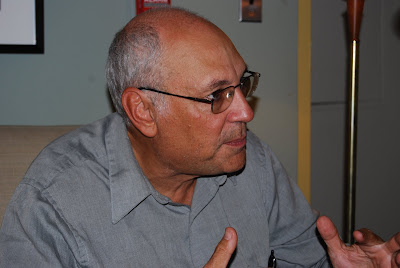 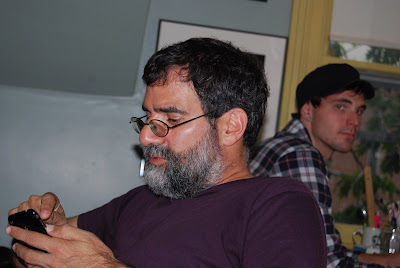 thanks to Hilton Obenzinger for this image.
Posted by Aldon Lynn Nielsen at 4:37 AM No comments:

President Obama at my Alma Mater 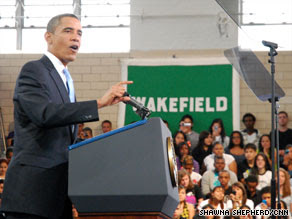 So today was the day -- Our President was there, in that same gym where my band mates and I once played "Respect" for our dancing fellow students, speaking to the nation's students from Wakefield High School.
A lot is different these days at Wakefield. It's got a much smaller student body than in my day. It's also ranked in the top one half of one percent among the nation's high schools. We didn't have a ranking quite like that when I was there, but we had a lot of smarts. Our band, for example, had more National Merit semifinalists than any other rock/soul aggregation of the time, and produced two PhDs.
Today we had the spectacle of yahoos on the lawn carrying signs telling the president to go home. The students, however, were if anything exemplary of the virtues Obama was there to promote.
Speaking of which . . . . For years upon years writers on the Right from George Will to Shelby Steele have been going on about how black leaders needed to talk tough to young people and speak up for the traditional virtues of hard work and dedication to learning. Of course, in making those arguments they invariably overlooked the host of black leaders, from Sunday morning's preachers to, yes, the teachers in our schools, who were doing exactly that.
But let a black American President show up on a public high school campus to make that case and, lo and behold, it's derided as fasco-socialist agit-prop.

Posted by Aldon Lynn Nielsen at 5:20 PM No comments:

"The tree of liberty must be refreshed from time to time with the blood of patriots and tyrants, " replied Jefferson. "It is its natural manure."
"Yeah, and what about when patriots and tyrants turn out to be the same people," said Doc, "like we got this president now . . . "
"As long as they bleed," explained Jefferson, "is the thing."
page 294 of Thomas Pynchon's Inherent Vice. No sooner does Pynchon set it in type than the actual madness appears screaming and armed at our town halls . . . Though the president Doc is speaking of is Nixon . . . .
Posted by Aldon Lynn Nielsen at 7:01 PM No comments: