WHAT I SAY - Innovative Poetry by Black Writers in America

This is the long-planned second volume of the anthology project that began with Every Goodbye
Ain’t Gone. The division between the two collections is chronological, though we have chosen
not to announce that explicitly in the titles of the volumes.
The first volume began with writers, such as Russell Atkins and Melvin B. Tolson, who were
already engaging in formal experimentation in the 1940s. While Tolson is the earliest poet in
that book, his posthumous poems published in the volume date to the 1960s, and thus mark
Tolson’s increasing role as an innovator well known to the poets who were to form the Black
Arts Movement. Atkins’s poems, on the other hand, date to the late 1940s, and mark the earliest
stages of the avant garde experimentation documented in Every Goodbye Ain’t Gone.

With the publication of What I Say following Every Goodbye Ain’t Gone, readers have available
a broad prospect on the more radical poetries of black America from the close of the second
World War to the present moment. In the words of C.S. Giscombe, we have complicated the
yakety-yak. 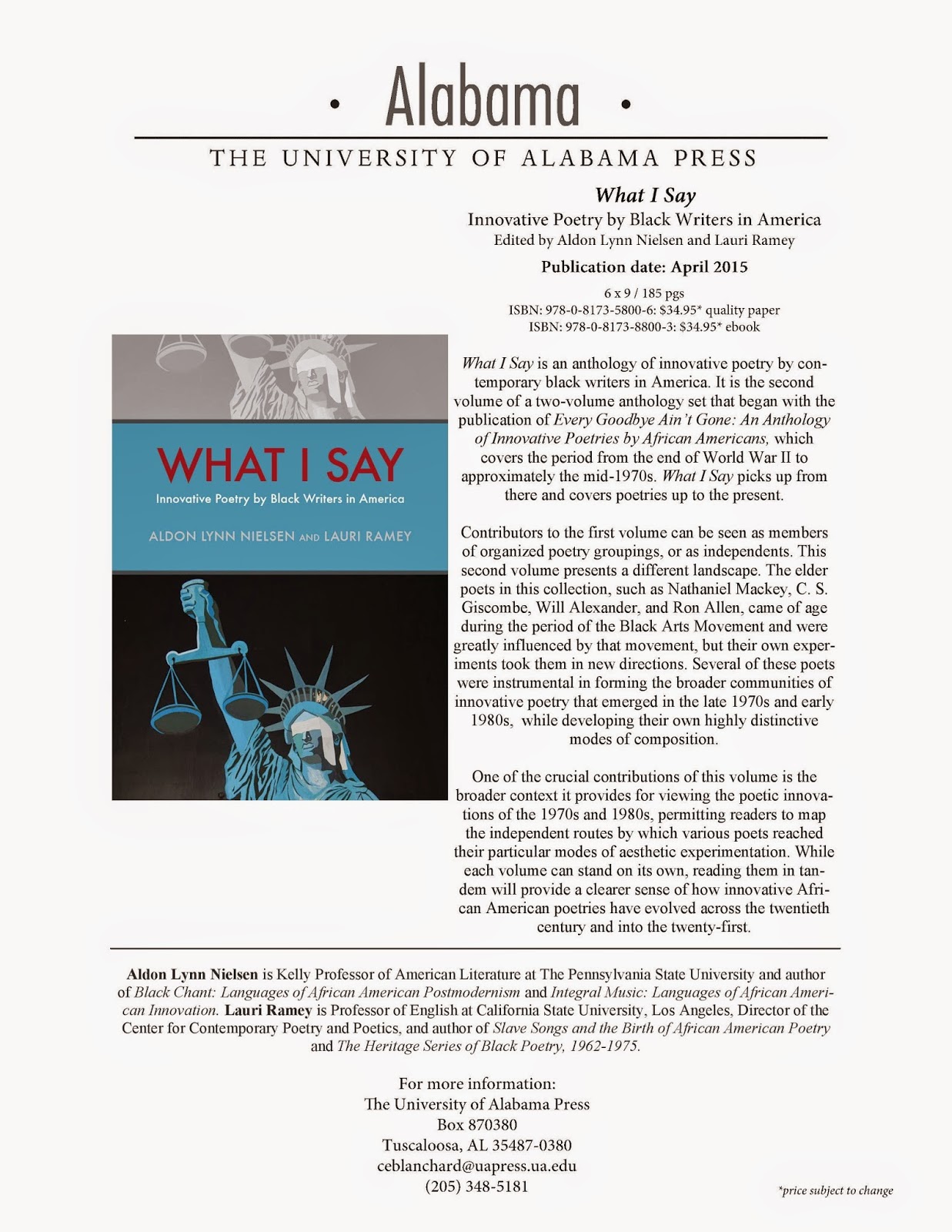 Posted by Aldon Lynn Nielsen at 4:13 PM No comments: 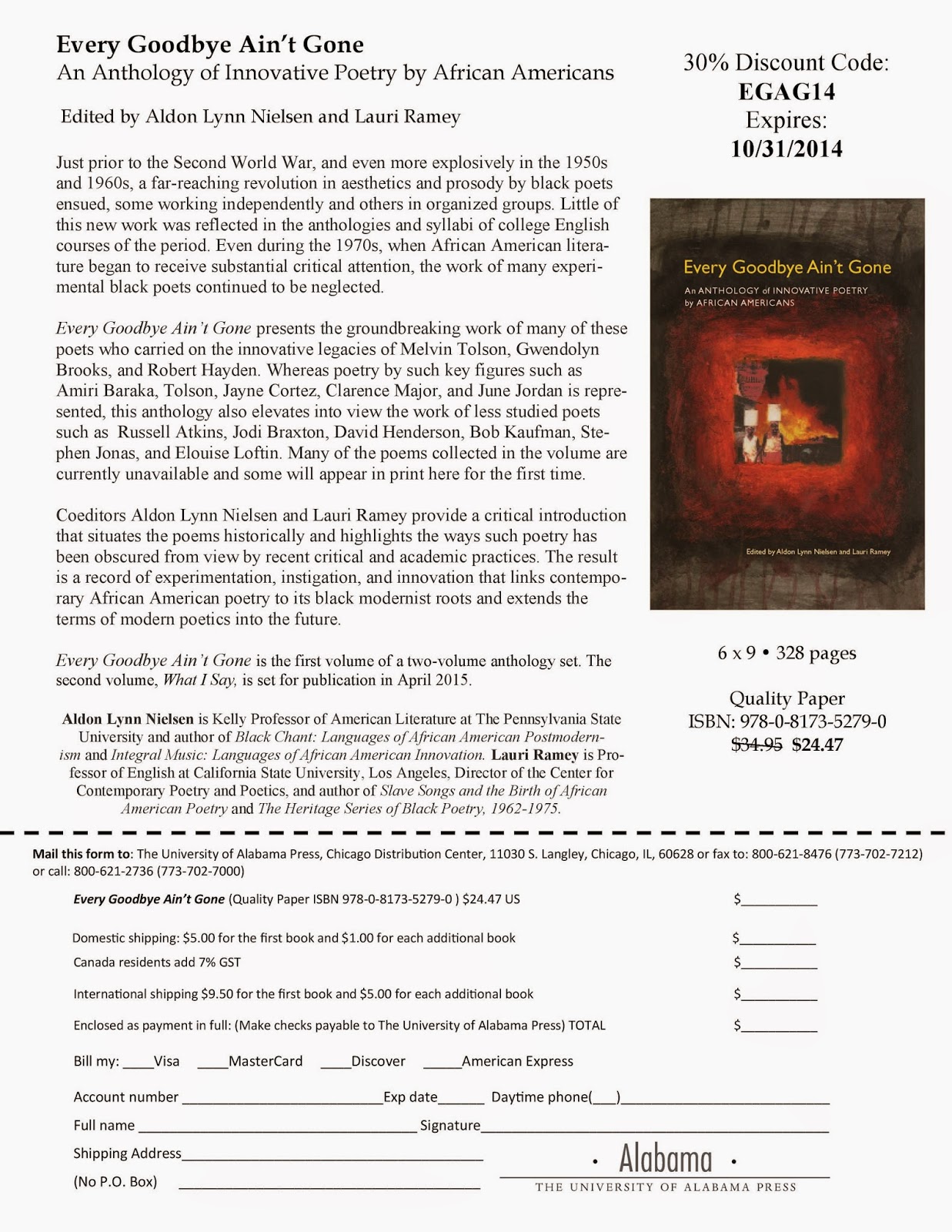 In conjunction with the Furious Flower conference on African American Poetry coming up at James Madison University, and with the publication soon of the second volume in this series, What I Say, the University of Alabama Press is making Every Goodbye Ain't Gone available at a special rate.  Click on the image, print it out and mail in your order.

Posted by Aldon Lynn Nielsen at 3:21 PM No comments: 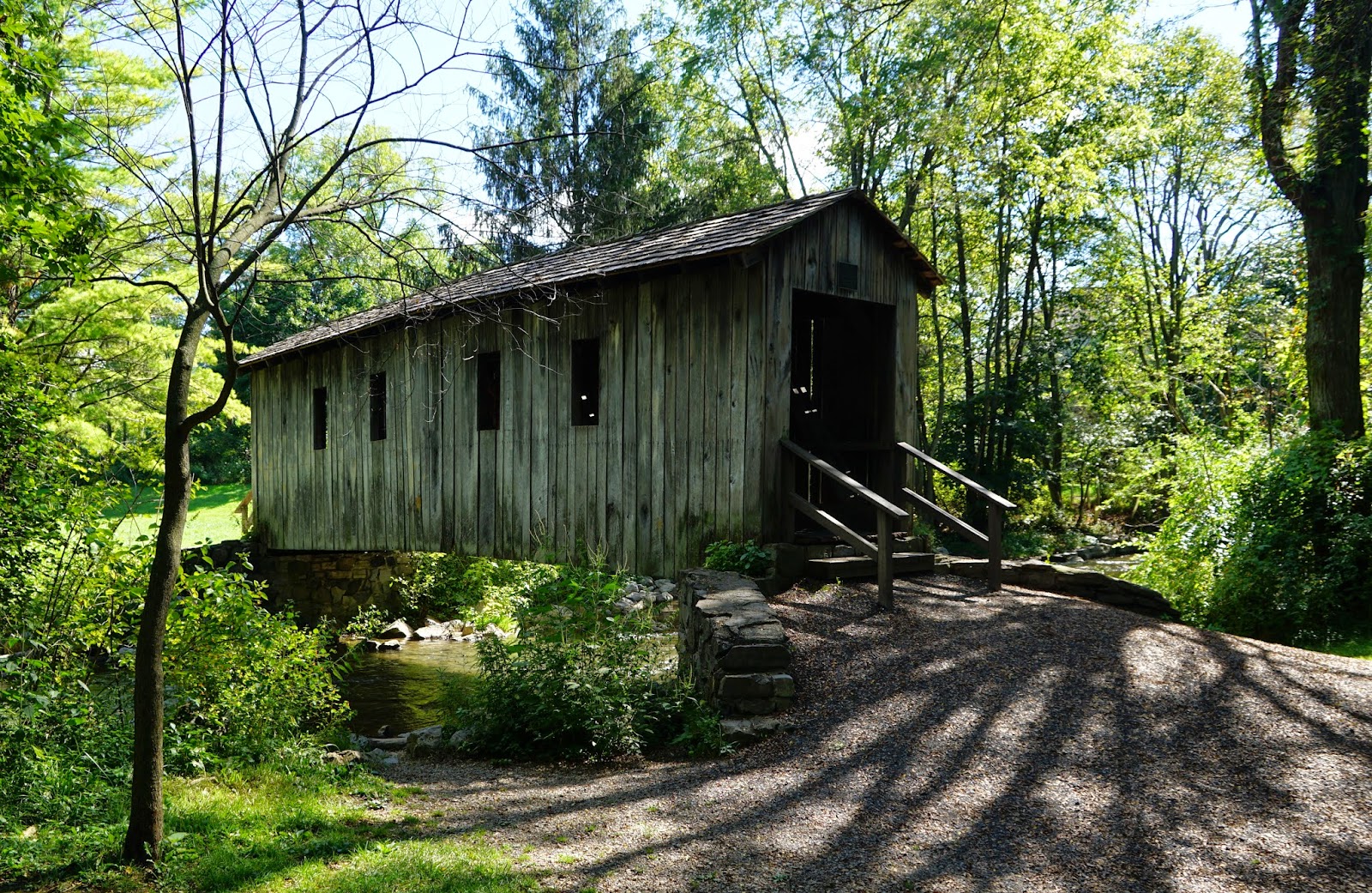 Just back to the house from the Penn State English annual Fall picnic, which was a bit closer in to town this year (and harder to find for someone who'd never known that park was there), but a fine location with its own most photographed covered bridge. Always glad to see everybody and hear how their summers have gone. 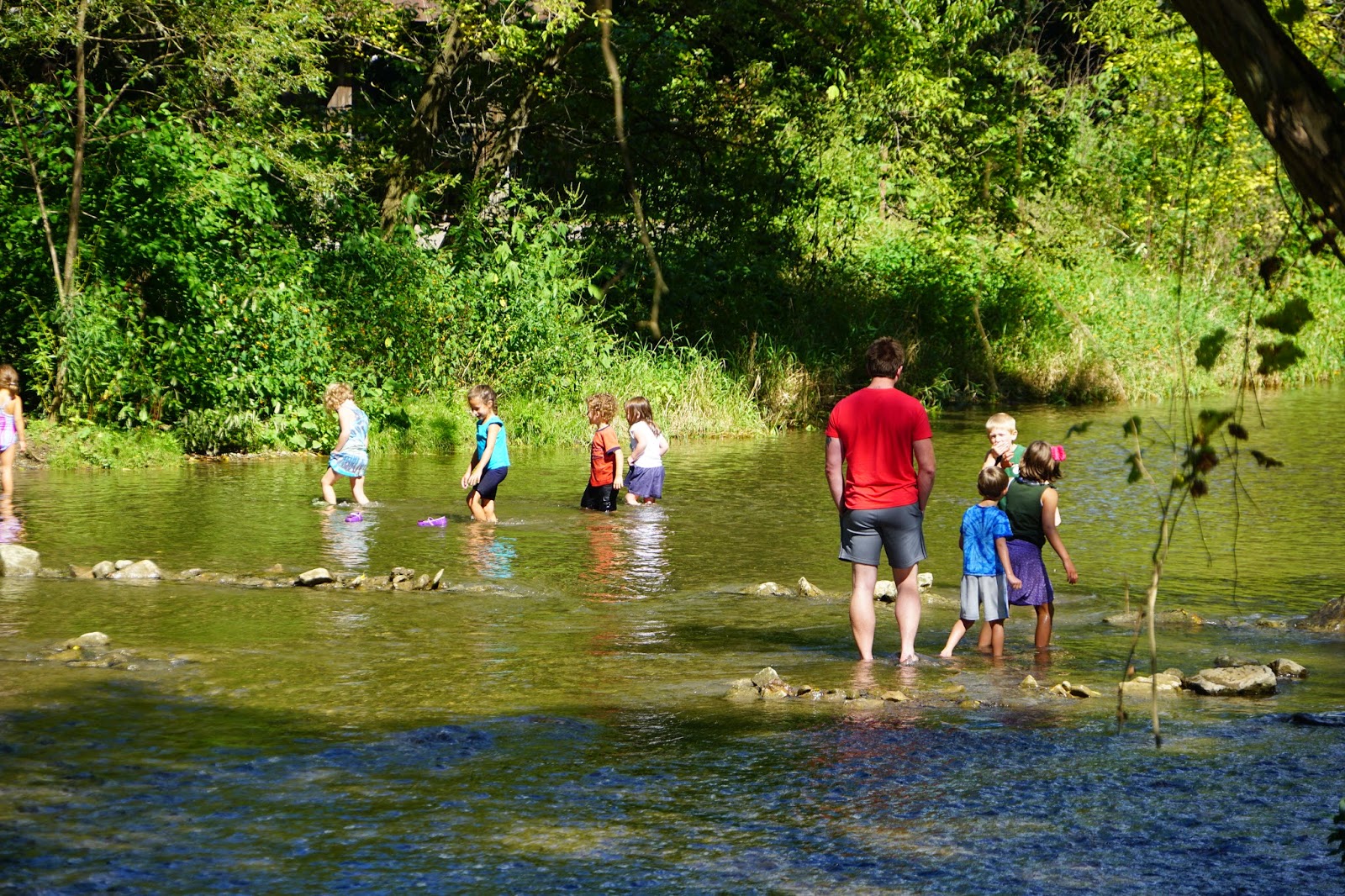 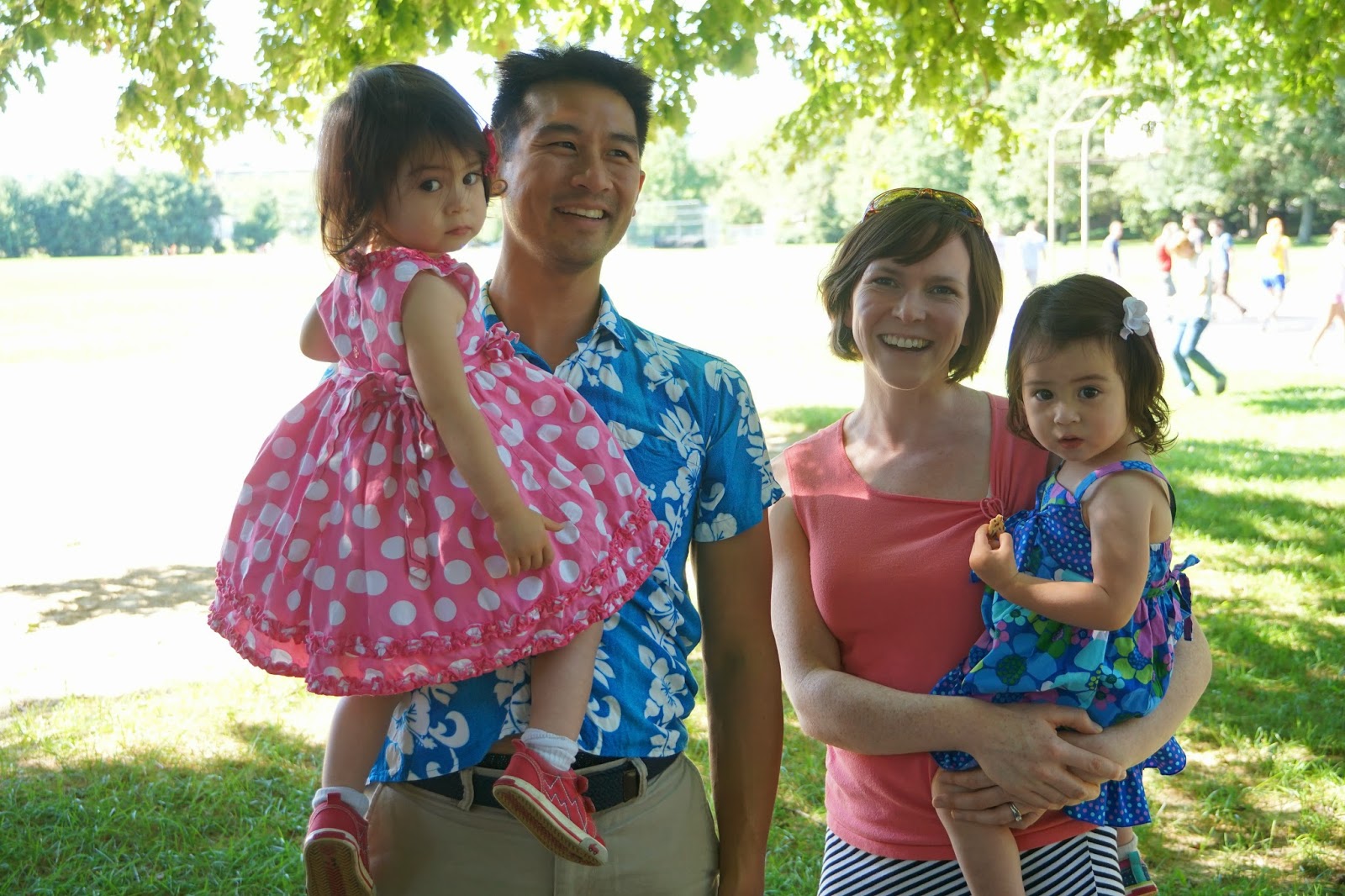 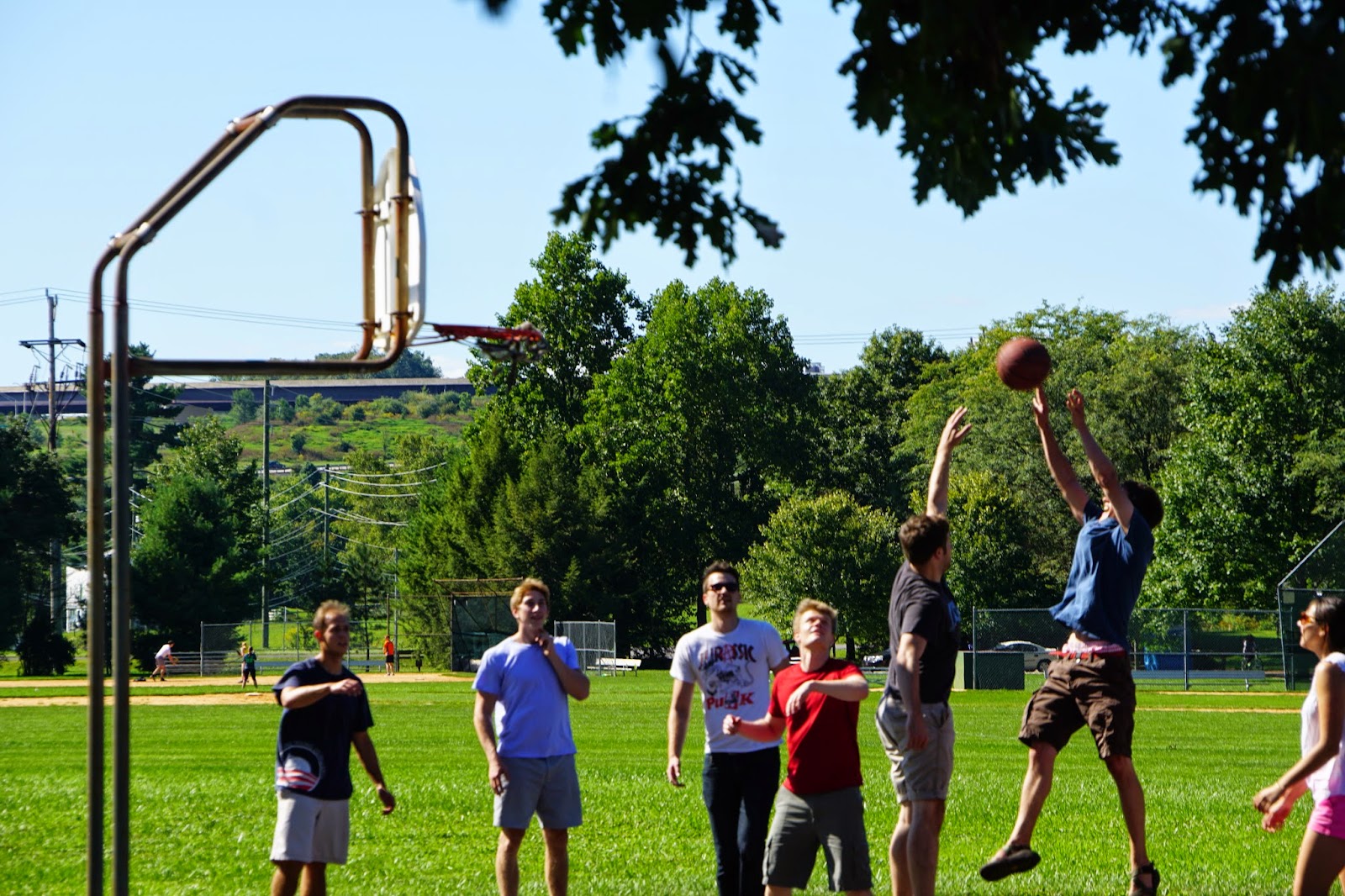 Posted by Aldon Lynn Nielsen at 1:12 PM No comments: