Been on the road for weeks and just now catching up -- First entry, Philadelphia. I drove to the city and got myself over to Kelly Writers House to participate in another POEM TALK organized by Al Filreis.  The topic of discussion this time was a poem by my great friend Lorenzo Thomas, "An Arc Still Open," a poem from late in his life that has not yet been collected in a book. The poem was written in memory of the artist John T. Biggers, who had created the work "Salt Marsh," seen above, for installation at the campus where Lorenzo taught, University of Houston Downtown. Biggers had a crucial Penn State connection, having studied there as a graduate student in arts education, and two of his remarkable murals are in the entrance to the building where my office is located.

My colleagues in the discussion were Tyrone Williams and William J. Harris. The recording of our conversation about the poem will appear on Penn Sound shortly. 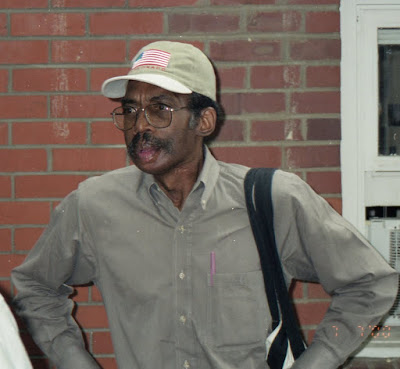 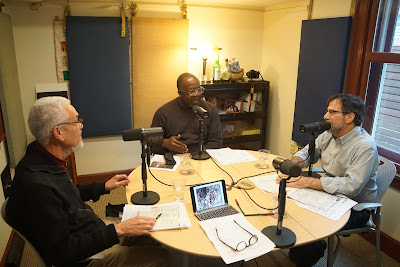 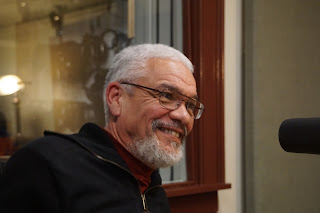 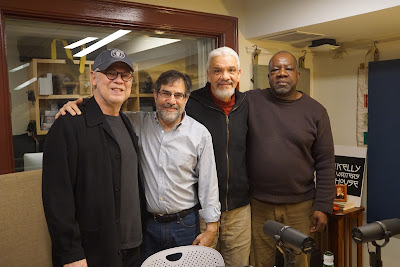 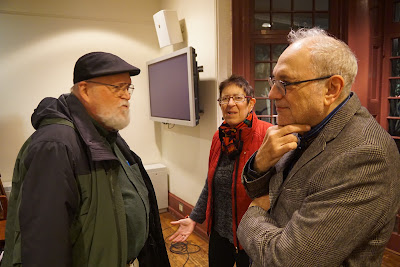 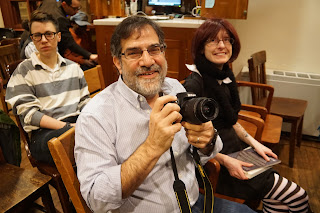 We reconvened in the larger room at Kelly Writers House for a reading by Tyrone Williams.  He presented recent work, so recent that it is still in his notebooks.  I'm hoping to hear more of this when he visits us at Penn State in a couple of weeks. 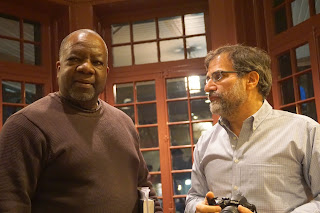 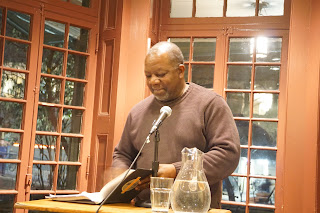 Posted by Aldon Lynn Nielsen at 7:22 PM No comments: