on WHAT WAS AFRICAN AMERICAN LITERATURE

"The dialogue that is African American literature really gets going with the slave narrative, the first book-length manuscript of which was published by Olaudah Equiano in 1789." --Chris Jaynes 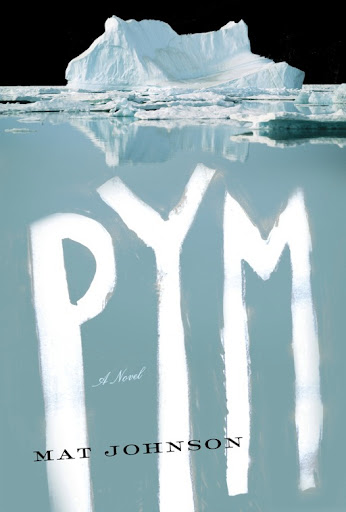 Posted by Aldon Lynn Nielsen at 9:20 PM No comments: 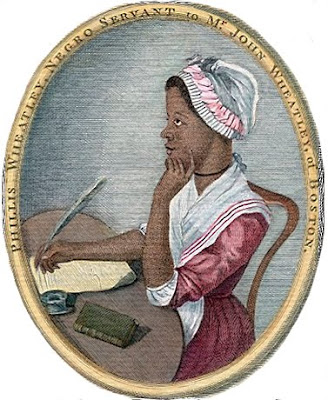 [The last time I was asked to write for a symposium about a book was during the Modernist Studies Association, for their meeting in Nashville. The symposium, organized by faculty and staff at Vanderbilt, was a retrospective on Robert Penn Warren's WHO SPEAKS FOR THE NEGRO. I couldn't help thinking of the coincidence when I was asked by the new on-line Los Angeles Review of Books to participate in a symposium responding to another Warren book, Kenneth Warren's What Was African American Literature. Here is the response I wrote for them, published in today's issue.]
WASNESS
Aldon Lynn Nielsen
As someone who has devoted a considerable part of his life and energies to the study of what I took to be contemporary African American literature, I suppose I may be forgiven the trepidation with which I approached a book whose central claim is that there is no such thing, especially as this book was written by someone, Professor Kenneth Warren, whose earlier work I have learned from and cited in my own. But I will concede at the outset: if we define African American Literature as something that “would not have existed as a literature” had it not been for “white suspicions of, or commitment to imposing, black inferiority,” then, yes, as Warren argues, “African American literature as a distinct entity would seem to be at an end.” I would go farther, even, and suggest that if we define African American literature as “a postemancipation phenomenon that gained its coherence as an undertaking in the social world defined by the system of Jim Crow segregation which ensued after the nation’s retreat from Reconstruction,” as Professor Warren does on the book’s first page, then African American literature may never have existed at all, for, as he notes, “the mere existence of literary texts does not necessarily indicate the presence of a literature.”

But this begs the question: why would anyone be satisfied with such a procrustean definition of the field of African American literature? Warren never really supplies sufficiently compelling (to this reader at least) answers to that question, despite his powerfully engaging readings of literary history and recent debates.

His argument feels familiar. I am old enough to have met the first person who ever received a doctorate in American Studies, and I have worked in the past with faculty who regaled me with stories of battles with their own senior colleagues, those traditionalists who weren’t sure there was such a thing as American literature. The earliest scholars to configure a collection of texts that they termed “American Literature,” of course, did so with no thought for the writings of black Americans – and thus devised just the sort of “American Literature” that supplied the motivation and coherence for configuring an African American literature. In the years of my schooling and early writing we witnessed a flood of critical works on the invention of “America,” “sexuality,” “Africa,” the “Orient,” and even “the human,” so it was inevitable that scholars who had come to think of such categories as invented, would, in turn, shift focus from their birth to their demise. And so we had the end of history and even the end of the human, and just as Warren argues that African American authors once wrote literary texts that were not “a literature,” and may now be doing so once more, we were encouraged to think that, while things might continue to happen, they would no more constitute history, and while things might continue to be written, they would no longer constitute a literature.

In a world of such fine distinctions, the assertion once made by conservative white critics can now be made by a prominent African American critic: African American literature, perhaps, is not. In a much cited passage, cited again by Warren, Henry Louis Gates, Jr., advanced the thesis that “unlike almost every other literary tradition, the Afro-American literary tradition was generated as a response to eighteenth- and nineteenth-century allegations that persons of African descent did not, and could not, create literature.” This last was certainly the position adopted by Thomas Jefferson, who, in an argument parallel to Warren’s in places, held that while Phillis Wheatley wrote poems, she did not write literature. This widely repeated passage from Gates shows us, at the very least, that Professor Gates is not a poet, and neither was Thomas Jefferson. But the importance for the present debate is this: If we choose to accept Gates’s argument, then we must also accept the implication that this “response,” and thus African American literature’s reason for being, might one day dissipate. In “The Negro Art Hokum,” first published in the Nation on June 16, 1926 (and now perhaps best known for having prompted Langston Hughes to write the much more famous “The Negro Artist and the Racial Mountain”), George Schuyler boldly holds that there was not and never had been an African American literature. Warren here reproduces Schuyler’s devastating quip to the effect that “Negro art ‘made in America’ is as nonexistent as the widely advertised profundity of Calvin Coolidge.” Negro art did not exist, in Schuyler’s view, because of the ontological status of the Negro, who, according to Schuyler, was no more than a “lampblacked Anglo-Saxon.” Where Gates holds that African American literature came to be for reasons that might one day no longer hold, and Schuyler argued that there had never been and never could be an African American literature, Amiri Baraka, in his essay “The Myth of a Negro Literature,” an essay assuredly not cited by Warren, made the provocative case that there had never been such a literature, only, as per Jefferson, black middle class imitations of white writing. In Baraka’s estimation, African American literature was not, as Warren has it, something constructed in retrospect, but something whose possibility lay in a future writing.

As provocative and mischievous as Baraka, Warren suggests that the objection that African American artists continue “to write what they understand to be African American literature,” might “have been met more easily had I given the book the titleWhat Was Negro Literature?” He is probably right about that, but had his book been so titled, it would not have so rapidly become the subject of an online forum in the influential Chronicle of Higher Education or a collection of responses in the new Los Angeles Review of Books, let alone, as is surely inevitable, the occasion of many heated panel discussions at professional conferences. But what of that “Negro literature” that apparently did not exist as Negro literature in the antebellum era? Warren’s argument makes Phillis Wheatley and Jupiter Hammon part of African American literature only retroactively, but what, then, did Jupiter Hammon think he was doing when he wrote to his fellow poet in slavery Phillis Wheatley? It will not do to say that writing by slaves was not a literature until we said it was, nor will it do to make such a case regarding the writing of free blacks in the antebellum period.

Once he’s decided on his basic distinctions, Warren is a little careless with his evidence. In reading James Weldon Johnson’s introduction to Sterling Brown’s first collection of poetry, Southern Road, Warren finds Johnson tracing a view of the earlier writing much like his own. “In Johnson’s brief comments,” as Warren characterizes them, there had earlier been “simply Negroes who were writers–or perhaps one could helpfully say that they were writers who were not yet Negro writers.” In my own scholarly practice I’ve had to learn to resist being so “helpful” to my sources. This is not what Johnson says at all, as is readily evident in the very passage from Johnson that Warren quotes, where Johnson writes:

it is only in the last ten years that America as a whole has been made consciously aware of the Negro as a literary artist… . It is only within these few years that the arbiters of American letters have begun to assay the work of these writers by the general literary standards and accord it such appraisal as it might merit.

It is one thing to acknowledge that many black American writers harbored hopes that their work would convince the larger American polity of something, and it is quite another to posit this as the primary motivation for the literature’s very existence. We should not enlist Johnson in the argument that African American literature only becomes African American literature once recognized by that “America as a whole” and those “arbiters” Johnson has in his sights. One needn’t be a black nationalist to get a bit queasy at the suggestion, and he is arguing something quite different here.

The untenability of the book’s central thesis produces a number of slippery spots in the text. Warren makes an important distinction between indexical and instrumental texts, but then reads novels as if they were social science. Schuyler’s novel Black No More, for example, is a book that, we are told, “demonstrates” that “even when race no longer matters, all sorts of inequalities can still count in American social life.” I dearly love Schuyler’s novel, one of the most deadly satires of race in America ever written, but I’m not sure that fiction can safely be held to “demonstrate” a truth of social life in quite the way Warren suggests. Warren states that “it is arguable that since The New Negro, only three or four edited collections … have had a field defining effect … comparable to Locke’s earlier volume,” and he specifies Baraka and Neal’s Black Fire, Gayle’s The Black Aesthetic and Gates’s “Race,” Writing and Difference. The first two items on this list may have had an even greater reach than Locke’s collection. They reached far beyond the academy and were part of a general figure/background shift in thinking about black arts. As important as the Gates collection is (and it is very important), it’s not at all evident why it should be privileged above such volumes as The Reconstruction of Instruction or Chant of Saints. (For that matter, Warren’s comment has the effect of disappearing such field-changing collections of African American feminist work as Mari Evans’s Black Women Writers, Sturdy Black Bridges by Bell, Parker and Guy-Sheftall, or Mary Helen Washington’s Black Eyed Susans and Midnight Birds.) More tellingly, Warren cautions readers against confusing the story of “what African American literature was, as opposed to what it is now,” and yet he has already told us, and continues to tell us, that African American literature is not. “African American literature has come to an end.”

Warren himself alerts us to the echo in his title of Leslie Fiedler’s What Was Literature?and the lectures that produced this book participate in that rhetoric of wasness: What Was the Oxford Movement?, What Was Socialism?, What Was Shakespeare?, What Was Postmodernism?, and, my own favorite, What Was the Hipster? Warren’s book has already demonstrated Fiedler’s ability to stir up conversation, but I worry, still, that little of real use will come of that discussion, which is too bad. Warren has, while tossing his grenades, given us some truly interesting readings of the evolution of African American intellectual debates over a crucial period, raising, for example, the importance of the special issue of the journal Phylon titled “The Negro in Literature: The Current Scene,” a collection that has been, as Warren details, sadly overlooked, and one that has much to tell us about the unfolding of what was, and is, for want of a better term, African American literature.
[Part 1 of the symposium, including responses from Walter Benn Michaels and Erica Edwards, can be found at this link.]