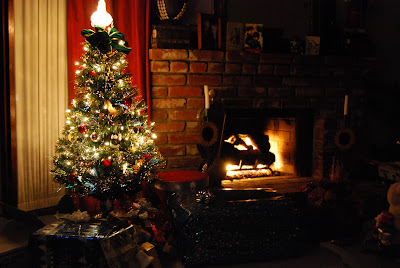 Posted by Aldon Lynn Nielsen at 9:03 PM No comments:

THE SEARCH FOR THE TASSILI FRESCOES 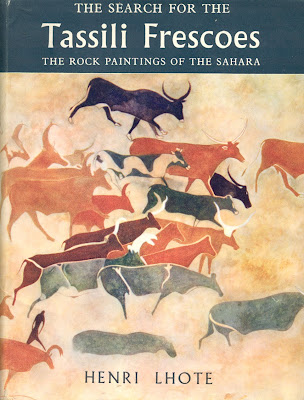 When C.L.R. James was teaching at Federal City College in Washington, D.C., he always entered the classroom bearing an armload of books, each bristling with pieces of paper marking the passages he wanted to reference in the course of that day's class. Often these were simply his copies of the books we were reading from the syllabus, but he also tended to bring in works none of us had ever heard of. I quickly learned to make a note when this happened and to try to follow up by reading the book. That was how I first became aware of Nancy Cunard's NEGRO ANTHOLOGY, a text I still marvel at and share with my own students.
Another I always wanted to read but only recently managed to acquire was THE SEARCH FOR THE TASSILI FRESCOES. This book was first published in 1958, with an English language edition the following year, and James was still excited by the prospects the text offered. The volume is Henri Lhote's account of the discovery of prehistoric paintings in the central Sahara, some as old as eight thousand years. Not only did these discoveries demonstrate that this area had once been fertile, but they established the complexity and sophistication of the cultures that had inhabited the area, including, as the book's publisher puts it, "the earliest examples of Negro art we possess."
When I hear, as I still too often do, critics claiming that James was overly Eurocentric, I recall those class periods spent poring over this book and weighing its significance. I first saw this book, after all, in a course James offered on African Intellectual History.
This work, and others like it, remain largely unreferenced in contemporary discussions, even in this post-BLACK ATHENA world of discourse.
I think even these illustrations I have reproduced will give a sense of why C.L.R. James wanted his students to have access to this information. 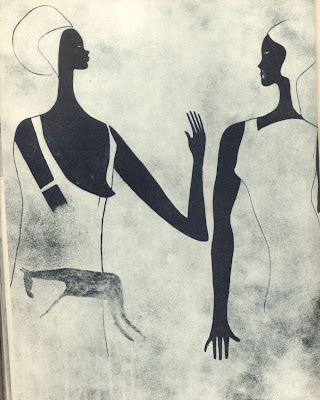 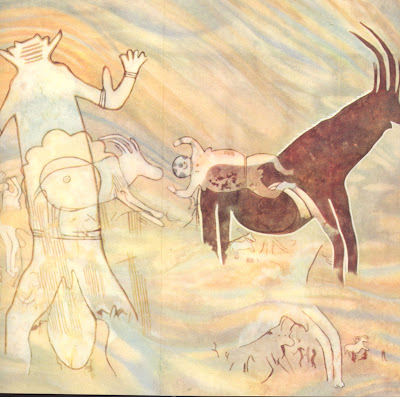 Posted by Aldon Lynn Nielsen at 8:18 AM No comments: 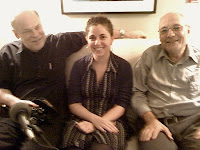 From left to right, Aldon Nielsen, Michelle Taransky, Charles Bernstein in my office recently for the recording of the 26th episode of PoemTalk. This is one is about Vachel Lindsay's "The Congo." Go to the PoemTalk page for much more and a link to the podcast audio.
Posted by Aldon Lynn Nielsen at 7:26 AM No comments:

THE HERO PROJECT OF THE CENTURY 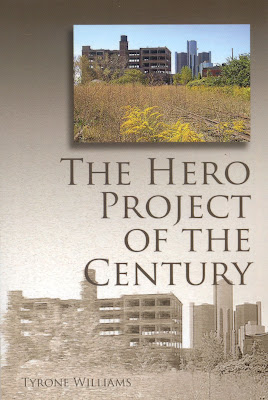 While the century is still young, this gets us off to a good start:
These pre-c.c. posts stream to us from some point “prior to predication.” It’s a place Tyrone Williams has been exploring on our behalf for a good, long time, beamed up, as it were, from some Ohio of the spirit, sending his missives back to us here on planet Grammar, a place of our own constant care and making where “meanwhile means dissent.” These are poems that teach us how to read them, or rather, teach us the deep structures that we didn’t know we knew. Take, for just one instance, the perfectly rhymed, perfectly logical line, “X nee YHWH.” The here unaccented “nee”-sayer marks the places the vowels should go, the Xed out spot the tongue should find in history, the unspeakable languages of our own territorial claims. That’s a lot of work for one line to do, but that’s in the nature of scripture. Tyrone Williams has been hard on the case on our behalf. We owe him at the least a collective thank-you post-it.
Posted by Aldon Lynn Nielsen at 12:36 PM No comments: