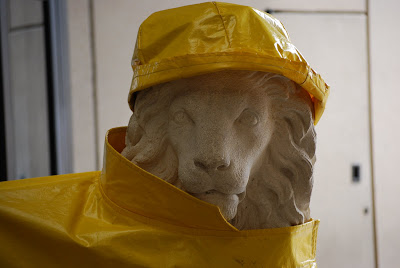 This is the sight that greeted me as I arrived at the hotel for this year's conference of the Modernist Studies Association. It wasn't raining all that hard just yet, but the lions of modernity were taking no chances. 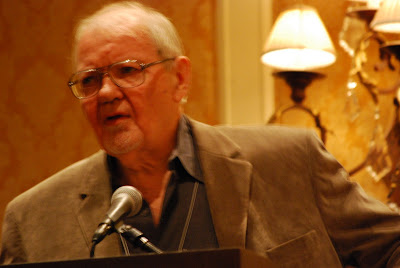 I'd last been at this hotel just a few years ago for a meeting of the College Language Association. Vanderbilt University is directly across the street from the hotel's front door. The hotel is named, in fact, after its adjacency to Vanderbilt. Still, on that earlier occasion I never saw a single member of the Vanderbilt English department cross that street to meet with his fellows from the HBCUs and elsewhere. You'd have thought we were still in the age of such Vanderbilt faculty as Allen Tate and Robert Penn Warren.
But this year things were markedly different for modernism; Vanderbilt was hosting the event. More about that in a subsequent post. 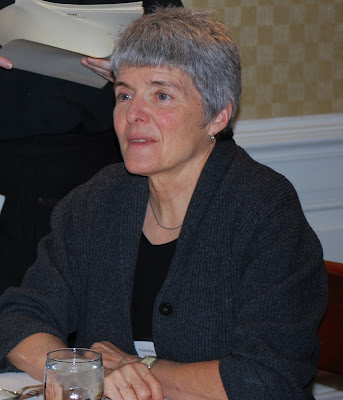 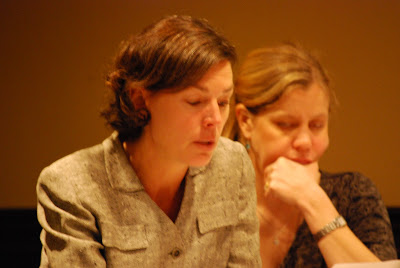 Things got off to a great start as several of the poetically inclined met together to incline over drinks at the Corner Bar, convened by our good friend Tom Orange. A number of our poets, though, not yet having joined the GPS crowd, wound up at the Corner Pub, which was indeed on another corner. We didn't piece all that together till late night when emails from poets trying to find each other revealed the mix-up, revelled in the mash-up. 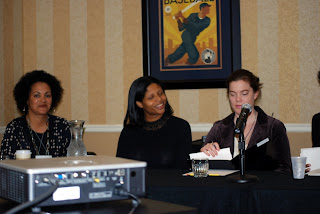 The standout panel for me was one organized by Linda Kinnahan that felt alomost like a continuation of the Lifting Belly conference from September. This panel addressed issues in the writings of Gertrude Stein, Mina Loy and Lorine Niedecker. There were many other notable things at this year's MSA, including the presence of two (count 'em!), two papers on Melvin B. Tolson. One of these was by Kathy Lou Schultz, poet-editor-critic. Tisa Bryant was also on that panel. Sadly for me, it was the same time as my own round table, so I had to miss that one. 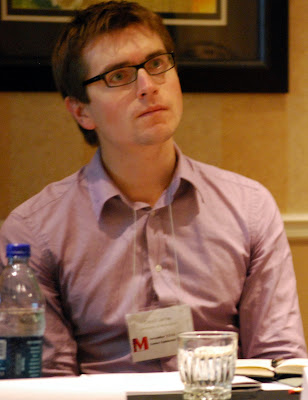 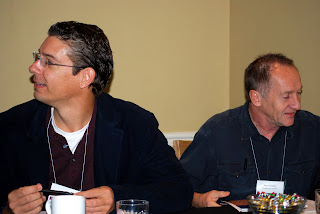 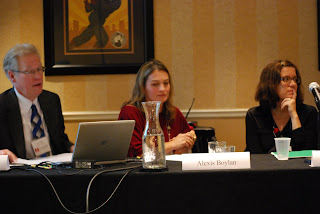 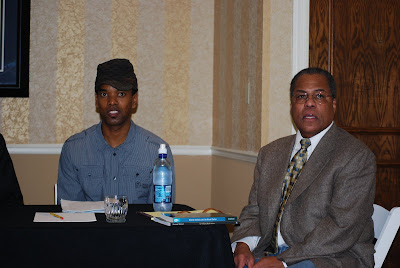 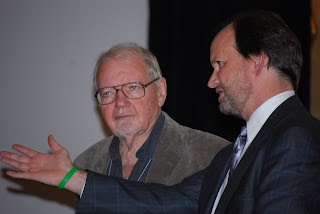 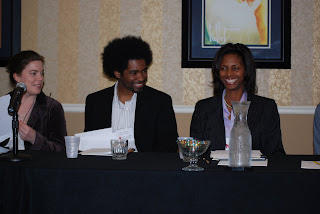 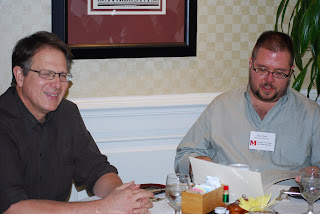 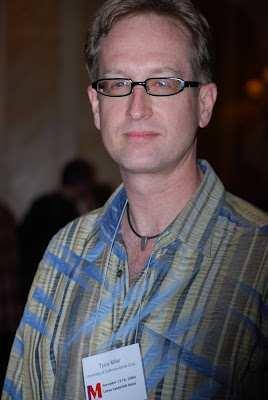 As we departed from Nashville, we found that keynote speaker Fred Jameson had tricked out the lions in postmodern drag.
This somehow made me ask the question inscribed on that green wrist band you can see in one of the photos above: "What would Gaudier-Brezka do?" 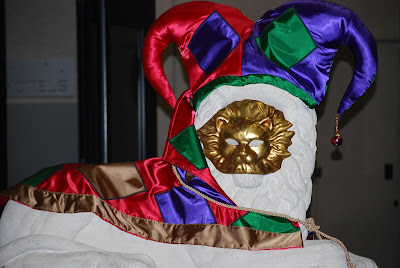