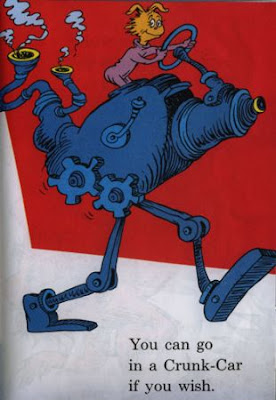 I've been thinking over my own contacts with police officers over the years. One incident in particular comes to mind -- I'd been stopped on the street by a particularly aggressive officer who wanted me to go to the office with him. (This was one of those very hot D.C. summer days -- I still think he was just looking for an excuse to get back to the air conditioning.) When I asked if I was under arrest, he responded: "Would you like to be?"
That's the sort of abuse of police power that we're facing in the Cambridge incident.
There was something about the arresting officer's report that had me puzzled until I read David Savage's column in this morning's Los Angeles Times.
Sgt. Crowley's report lets us know that Prof. Gates was arrested outside his house. In that photograph you have all seen multiple times by now of Dr. Gates handcuffed (and by the way, the fact that his hands are cuffed in front of him, rather than behind his back, is the give-away that nobody on the scene thought he was any sort of threat), you will note that Gates is literally just a step outside his own doorway. There could be all sorts of explanations for that, but I think Savage is on to the real explanation.
In Crowley's report, he states that Gates had been "yelling very loud" and accusing him of "being a racist." The report then states that Crowley complained the "acoustics of the kitchen" made it difficult to communicate, and so, Crowley says, he "told Gates that I would speak with him outside." Do you begin to see what's going on here? I've never been in Dr. Gates's kitchen, but I seriously doubt that there's any problem hearing clearly in that room, at least not so much of a problem that stepping outside might be an improvement. Crowley's report makes much of the fact that Gates continued his loud talk outside, while his own report reveals that they were only outside at Crowley's insistence.
As Savage reports in his article on the latitude that "disorderly conduct" laws afford the police, Massachusetts courts, and those in several other states, have held that "disorderly acts or language" must take place in public where others can be disturbed in order for an arrest to be lawful.
And there you have the real explanation for the oddities of Crowley's report and the photograph. Savage quotes Boston University law professor Terry Maclin as saying: "I would not say it's constitutional to arrest someone in his home just for being loud and abusive to a police officer. That's why the cop asked him to come outside, where he could be arrested for being disorderly in public."
Posted by Aldon Lynn Nielsen at 10:05 AM

Very sharp analysis Aldon. I figured inside/outside had something to do with it, but I didn't read the report in those terms. --David Kellogg

I understand that he was cuffed behind the back but the officer corrected that once he realized Gates used a cane--a cane was "secured" by the officer.

This will be a flashpoint in critical race theory, but also in disability studies, because "stigma" is playing both ways, in slightly different extremes. Is it ableist to allow the apparent frailty of Gates, in terms of physical impairment, to amplify the racism at play?

so . . . they cuffed him in front because he uses a cane and then they took away his cane . . . not sure I follow that -- People under arrest are usually cuffed behind their back so that they can be transported in the car without having to worry so much about what they might do with their hands. It appears from Ogletree's report that Gates was able to call his secretary from the police car -- The upshot of all this is that the police knew perfectly well he was not a threat of any kind --

Yes, of course, they knew he was not a threat in a "normate" sense--he more or less had his hands free, wasn't going to run away or impose himself physically. But they seem not to have known the kind of threat he really was/is to their conduct, reputation, etc., the stigma of it all.

Oh, I took the report to mean that they grabbed a cane and gave it to him once they had him cuffed in front, proving they didn't blink at his will to use his physical capacities to club them.

from the report:
Crowley says that he wanted Gates to go outside with him because the acoustics of the kitchen and foyer were making it difficult for him to transmit info over the radio -- That's my main point here -- Crowley was INSIDE Gates's house -- He told Gates he would only continue to speak with him outside -- once outside, Gates was arrested for his "tumultuous behavior" in public -- They were only in public because Crowley had told Gates that they could only speak outside --

Interesting, too, that the report tells us that Harvard campus police were on the scene outside by the time of the arrest -- haven't heard any peeps from them yet, so far as I've seen --

That's the ana;ysis I provided to my faculty workshop on "diversity" last week...It is almost impossible to arrest someone for being verbally "disorderly" inside his or her own house...

That "could you step outside" is a well-known police trick, as is "can I step inside." The one makes it easy to arrest you, the other provides a way to make up an excuse for a search of your premises. Of course we all know this isn't about abuse of police powers; it's all about someone "playing the race card."

Smartassed cynicism aside, what really burns me is the neighbor who dropped the dime. Either they didn't recognize a neighbor they could clearly see coming and going on a regular basis, or they just wanted to drop Gates in a pot of stink.