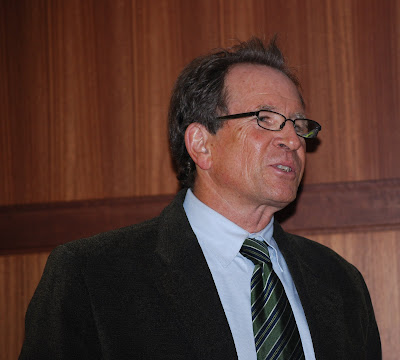 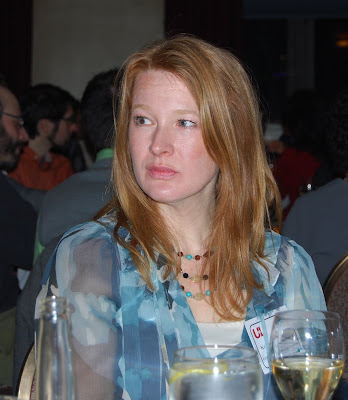 My trip to the Conference Formerly Known as the 20th Century Conference began and ended with poetry. I met poet Mary Jo Bang on the way to her opening reading, and saw that she was an active participant throughout the days of the conference, especially the poetry panels. And the closing party traditionally hosted by Alan Golding and Lisa Shapiro featured a group reading.
You can join that group reading, still in progress, by clicking here! 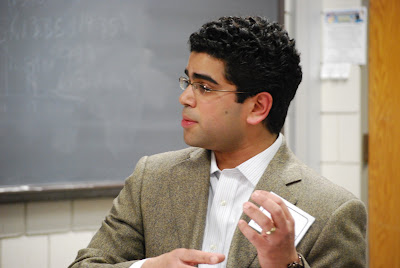 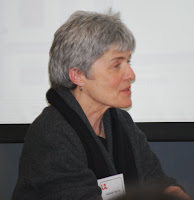 The first critical keynote was offered by poet/critic Michael Davidson, who spoke from his work in progress on George Oppen. This, too, found its conference-enclosing echo in the panel I chaired during the last concurrent sessions, including an intriguing paper on Heidegger and Oppen. 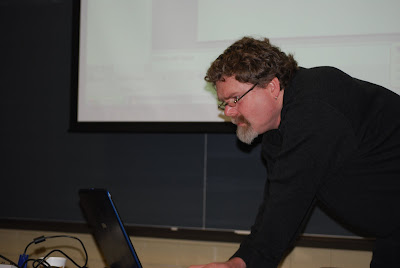 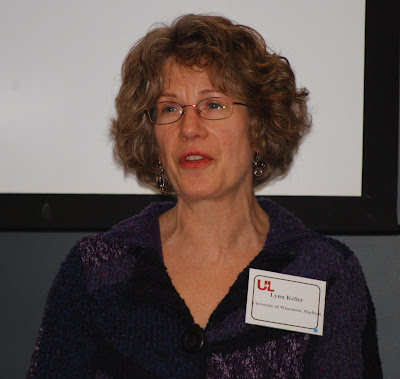 In between came the usual wealth of intellectual sustenance and collegiality that has kept me coming back to the University of Louisville off and on across two decades of Februarys. One highlight was the panel presented by Lynn Keller, Linda Kinnahan and Dee Morris, with papers ranging from Paul Muldoon's "Horse Latitudes" through Bergvall's poetry to a meditation on New Media poetics. 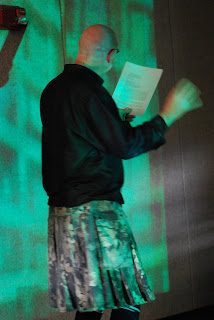 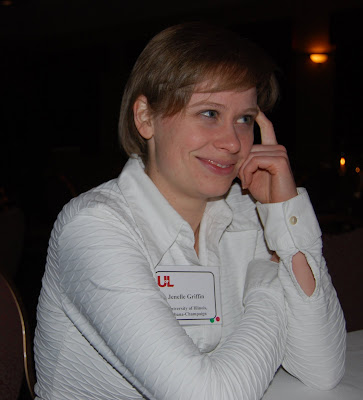 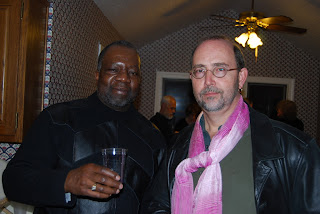 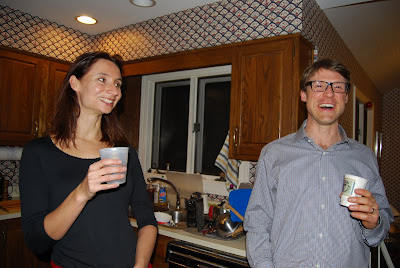 . . . and I won't soon forget the noisy minutes when an entire classroom full of us rearranged the furniture so that Chris Cheek could conduct his shadow through the projected space of an entire Louisville wall. By the way, that's Bill Howe projecting on the opposite wall of the same room for a talk on card poems and gaming poetics.
My own paper was one of three devoted to African American literature on a panel Saturday. I spoke on Melvin Tolson's modernisms as traced through his revision process across three decades.
Then it was on to a final keynote by Rita Felsi, who adopts the peripatetic mode of address, giving a talk that sounded suspiciously like a critique of suspicion.
Followed by a sampling of Kentucky's Mexican cuisine and the annual stumbling efforts to find Alan and Lisa's house.
As always, I met many wonderful new people, some of whom are pictured here among the many friends I've made at this conference over the years. Hope to see y'all there next year. 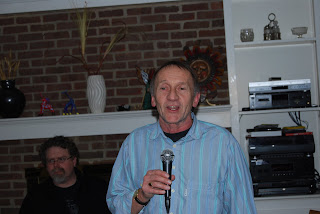 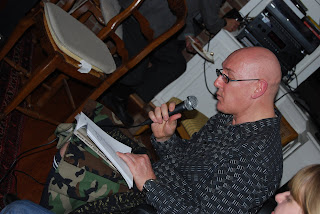 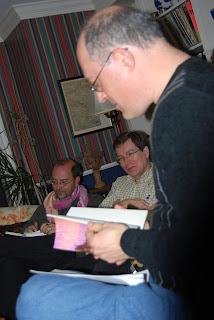 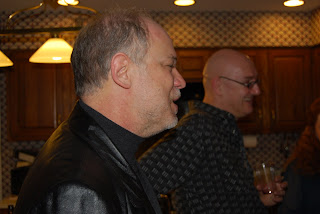 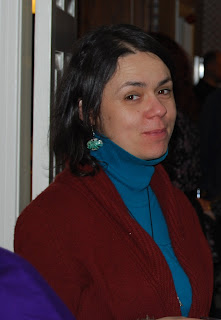 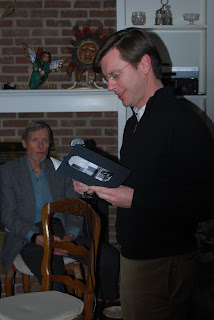 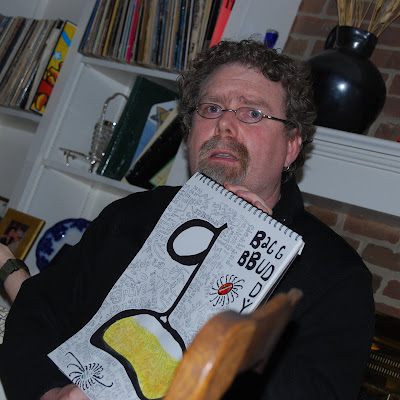 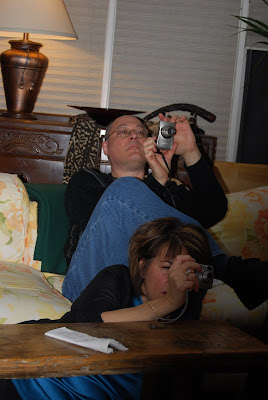 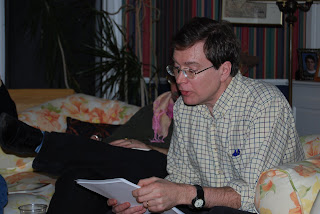 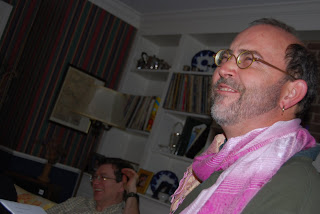 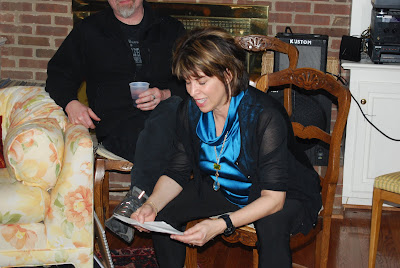 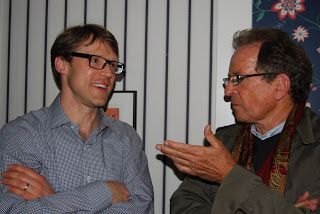