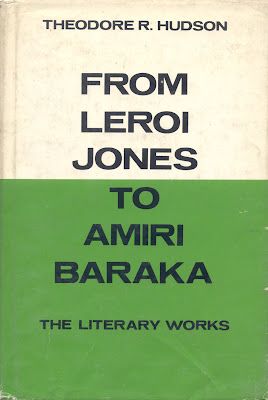 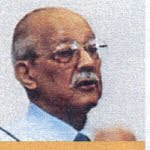 The first scholarly monograph on Amiri Baraka was Ted Hudson's From LeRoi Jones to Amiri Baraka: The Literary Works, from Duke University Press. You can see that in those days Duke, like most university presses prior to about the mid-1980s, didn't invest a lot in cover design. Then as now, though, what mattered was what was between the covers, and Hudson's book laid the ground for all who came after. Or at least it should have; there are still far too many people who set out to write about even so central a poet as Baraka without doing the primary homework.
I'd known of Hudson and his book in my own student days at Federal City College, so you can well imagine what it meant to me when I arrived at Howard University as an adjunct and found his office right up the hallway. Ted was the kind of colleague who would reach out to a young adjunct and offer encouragement. We shared a UDC connection. I had gone to Federal City, and he had been at D.C. Teachers prior to his career at Howard, both schools that were conjoined in the creation of the University of the District of Columbia.
He was also the kind of colleague to share his obsessions with Duke Ellington. Hudson served as the editor of Ellingtoniana, the newsletter of the Duke Ellington Society.
This year the Howard University Department of English honored Ted Hudson's years of service to education and his scholarship at the annual Burch lecture. I join my former colleagues in paying tribute to a scholar whose work has meant so much to my own.
Posted by Aldon Lynn Nielsen at 12:14 PM