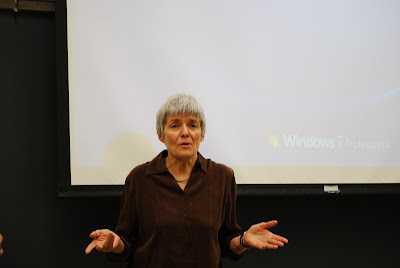 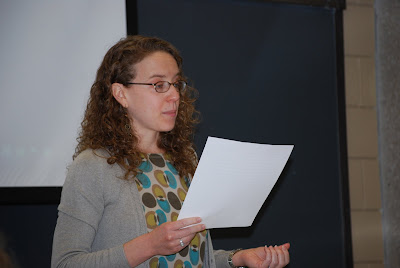 Day 2 kicked off with discussions of "distributed being." Appropriate, given how distributed most of us who'd spent the previous evening dining at Proof were probably feeling. I went on being ontologically distributed throughout the day, making it possible for me, for the first time, to attend concurrent sessions, where I even occasionally concurred. 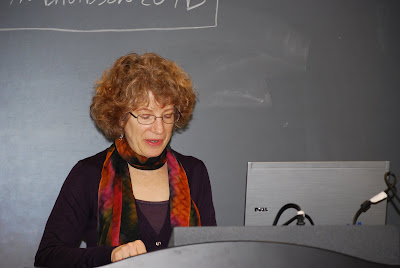 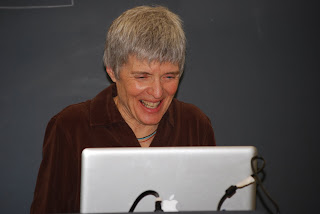 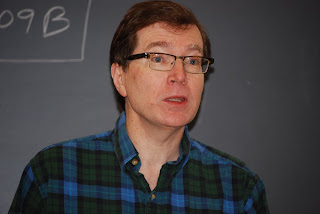 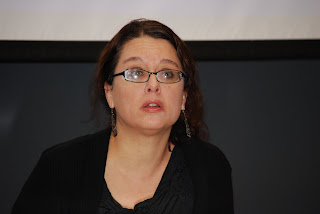 The final event of the day was a poetry reading by Rae Armantrout. After not having seen much of Rae the past few years, I now have seen her virtually every other week. At MLA I saw her read from The Grand Piano with her co-authors. At AWP I saw her interviewed at a conference session and reading with friends at the off-site events hosted by Rod Smith. At Louisville she read beautifully from past works, including the award-winning Versed, the newly published Money Shot and some poems in manuscript. Rae was ably introduced by the always already able Alan Golding, a distributed being of the best sort. 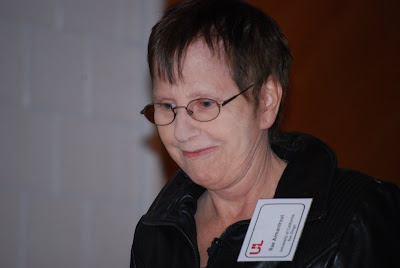 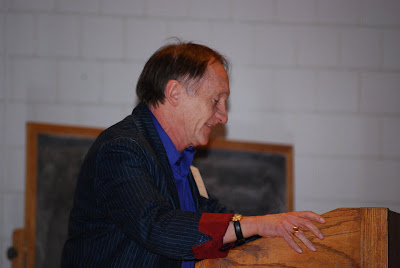 Posted by Aldon Lynn Nielsen at 11:07 AM