BLOWING THE BLUES IN WUHAN 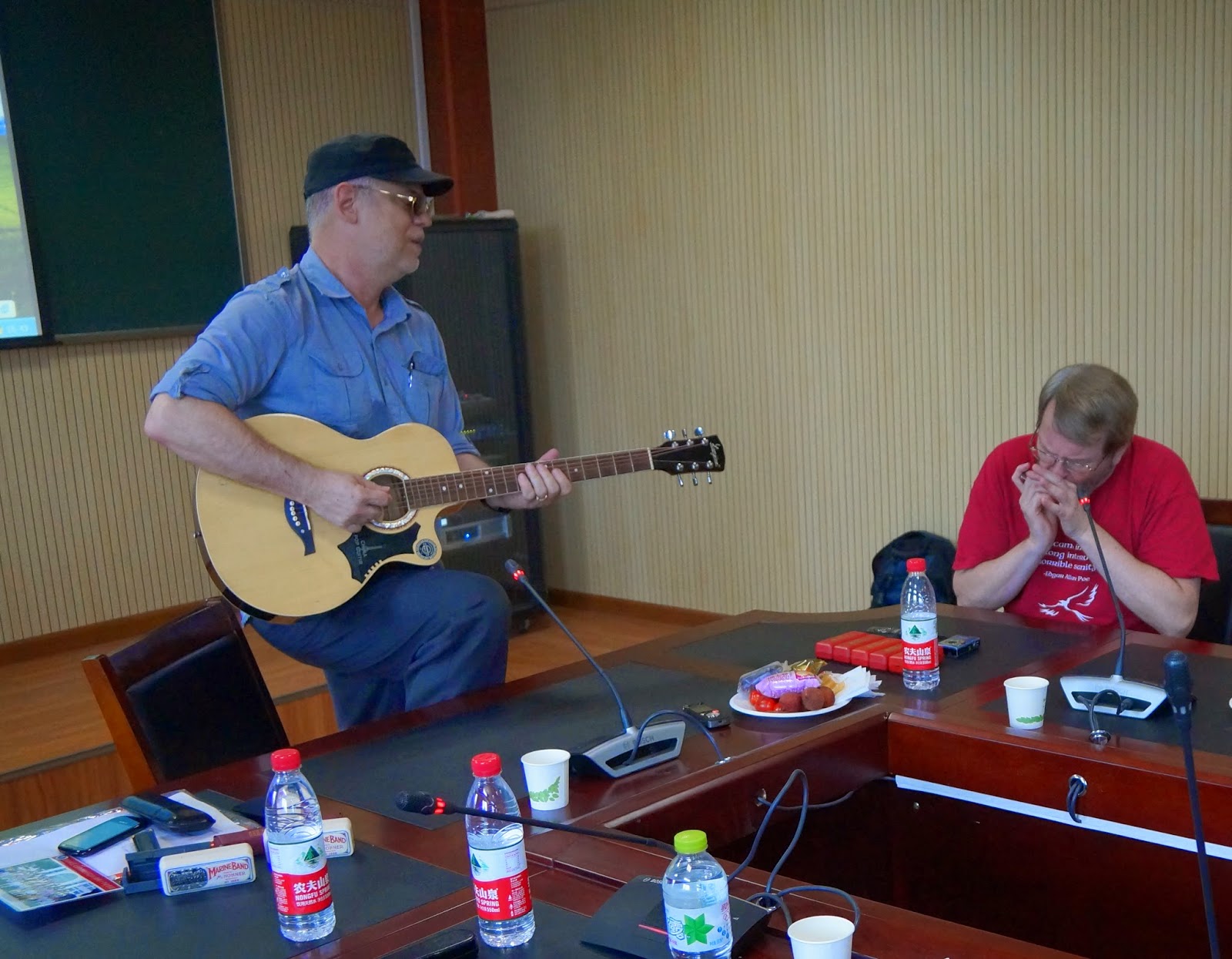 One of my colleagues at Central China Normal University this summer was Steven C. Tracy, author of Langston Hughes and the Blues, Going to Cincinnati: A History of the Blues in the Queen City and many other works. Steven and I had first met two decades ago when we were both on an MLA panel in New Orleans on the subject of William Carlos Williams and music, but we had not really seen much of each other again till we met last year in Wuhan. Knowing how much our students were hearing about the music in my American Poetry seminar and his course on the African American image, I thought it might be fun for us to do a workshop for the grad students and some faculty. The catch was that I didn't have a guitar with me, just a few harps. A few hours before the workshop was scheduled, one of the students brought her guitar to me so that I could use it. I'll never forget the decal above the sound hole that read "China Pop Guitar," seemingly promising very different treatment from what I was about to do to those strings.

At any rate, with no rehearsal and no time to talk about what we would do, Steven and I, who had never played together before, wound up spinning out more than two hours of music and dialogue as refreshments and tea were passed around. 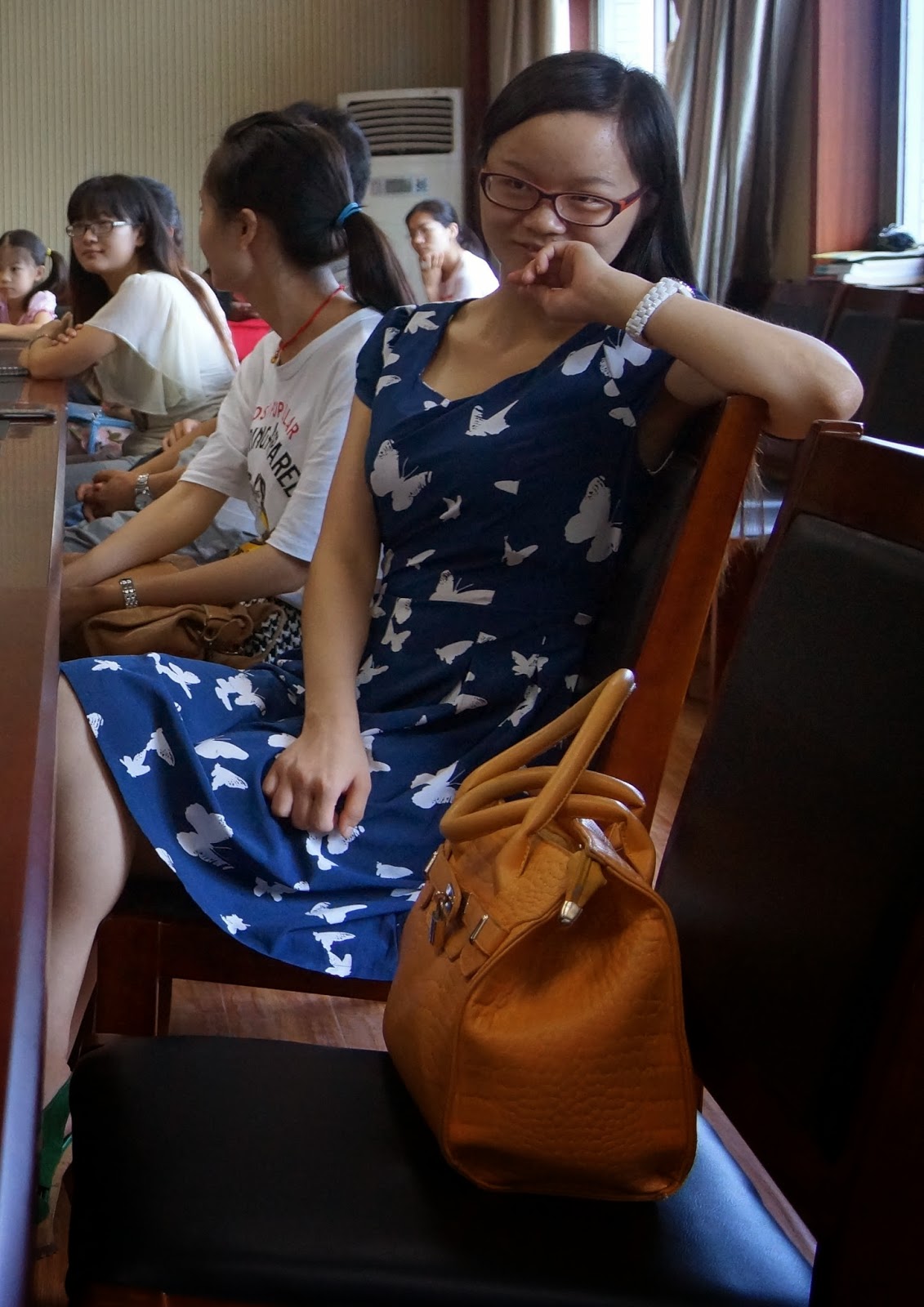 One of the graduating students, pictured here, later sent along cell phone video she had recorded. You can watch the segments by clicking on these links: 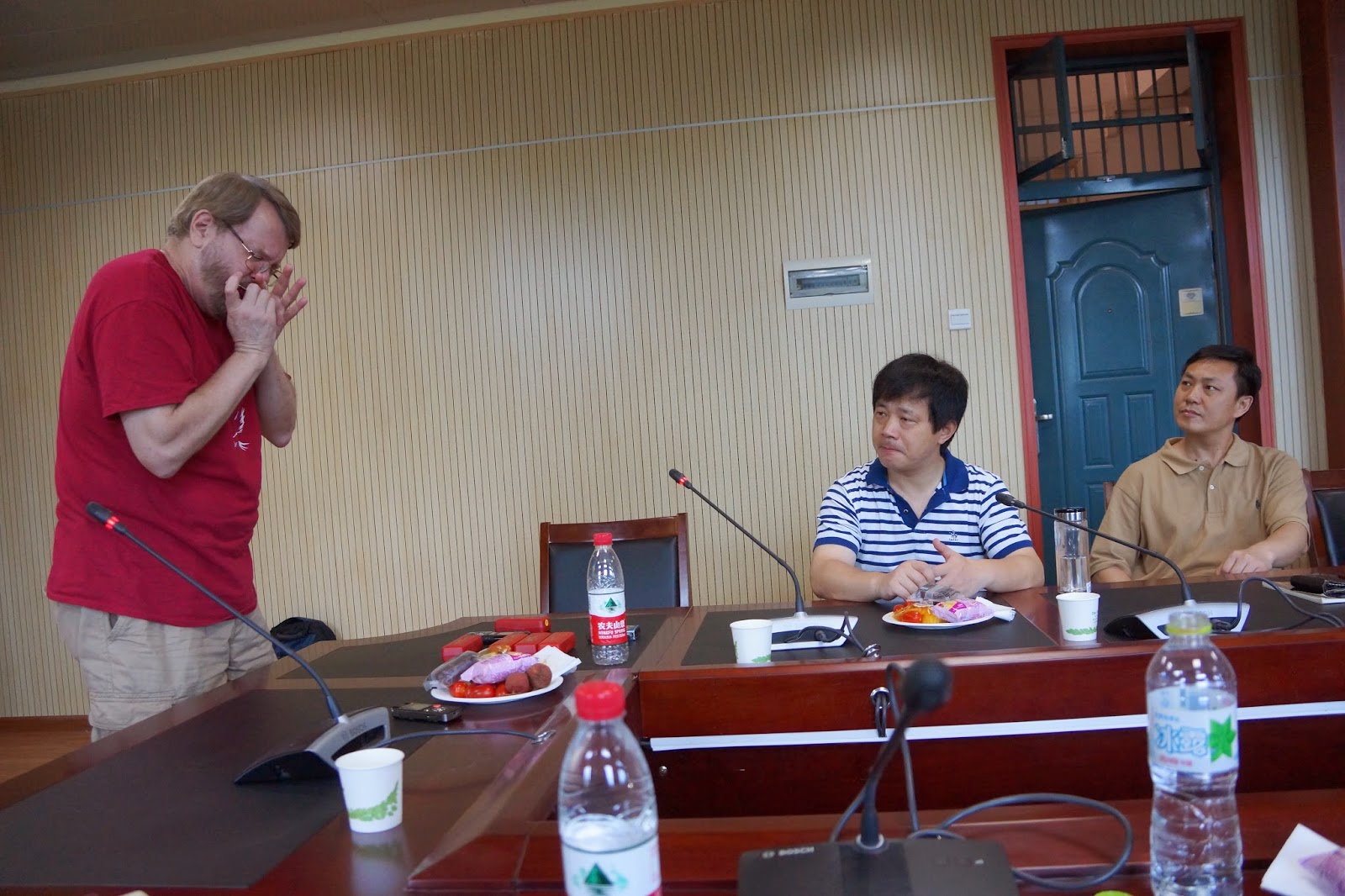 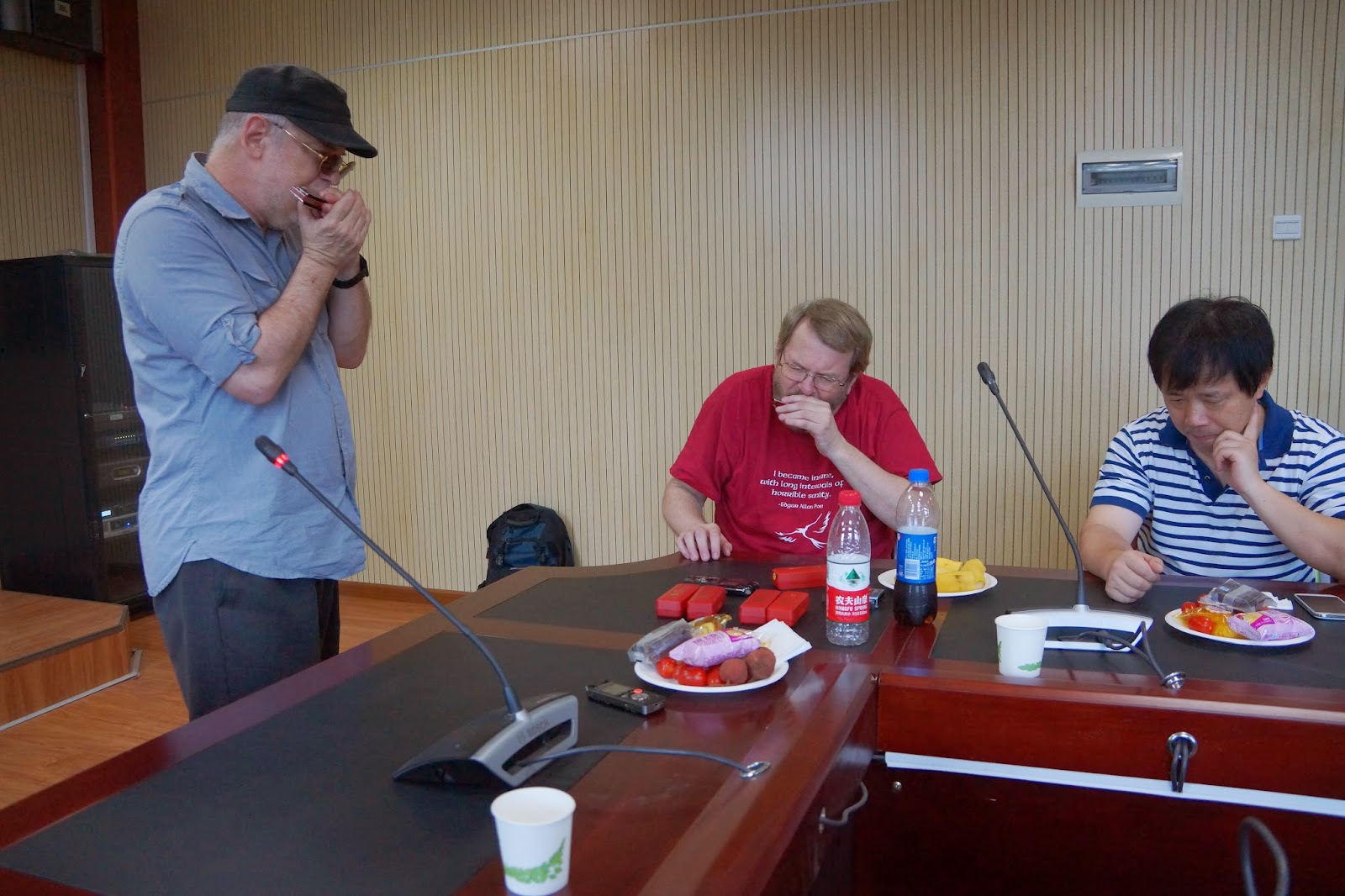 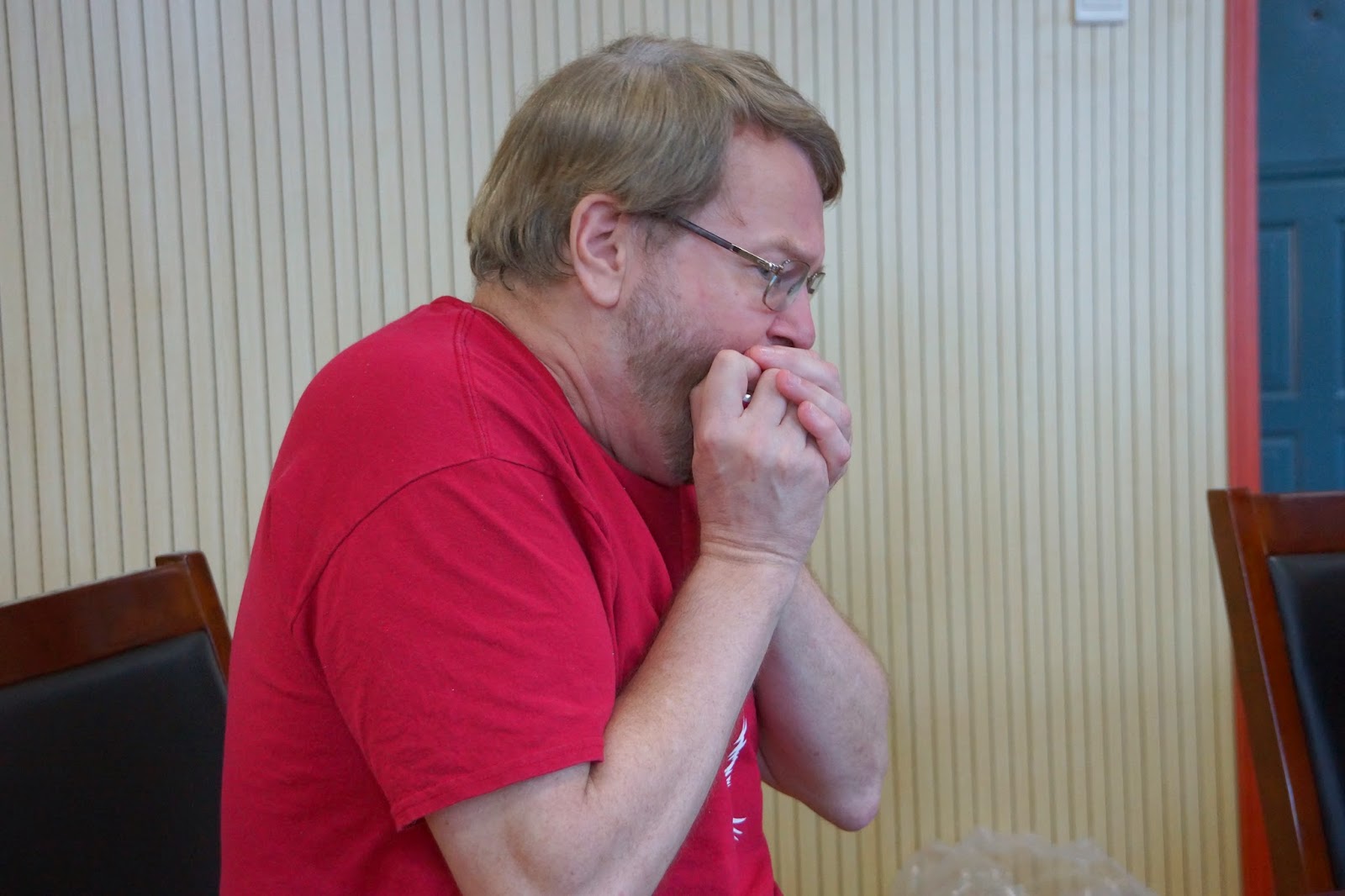 One day I'll edit the audio recording of the workshop and post that -- Till then, enjoy . . .

Posted by Aldon Lynn Nielsen at 10:32 AM