TOWARDS THE PRIMEVAL LIGHTNING FIELD -- Will Alexander 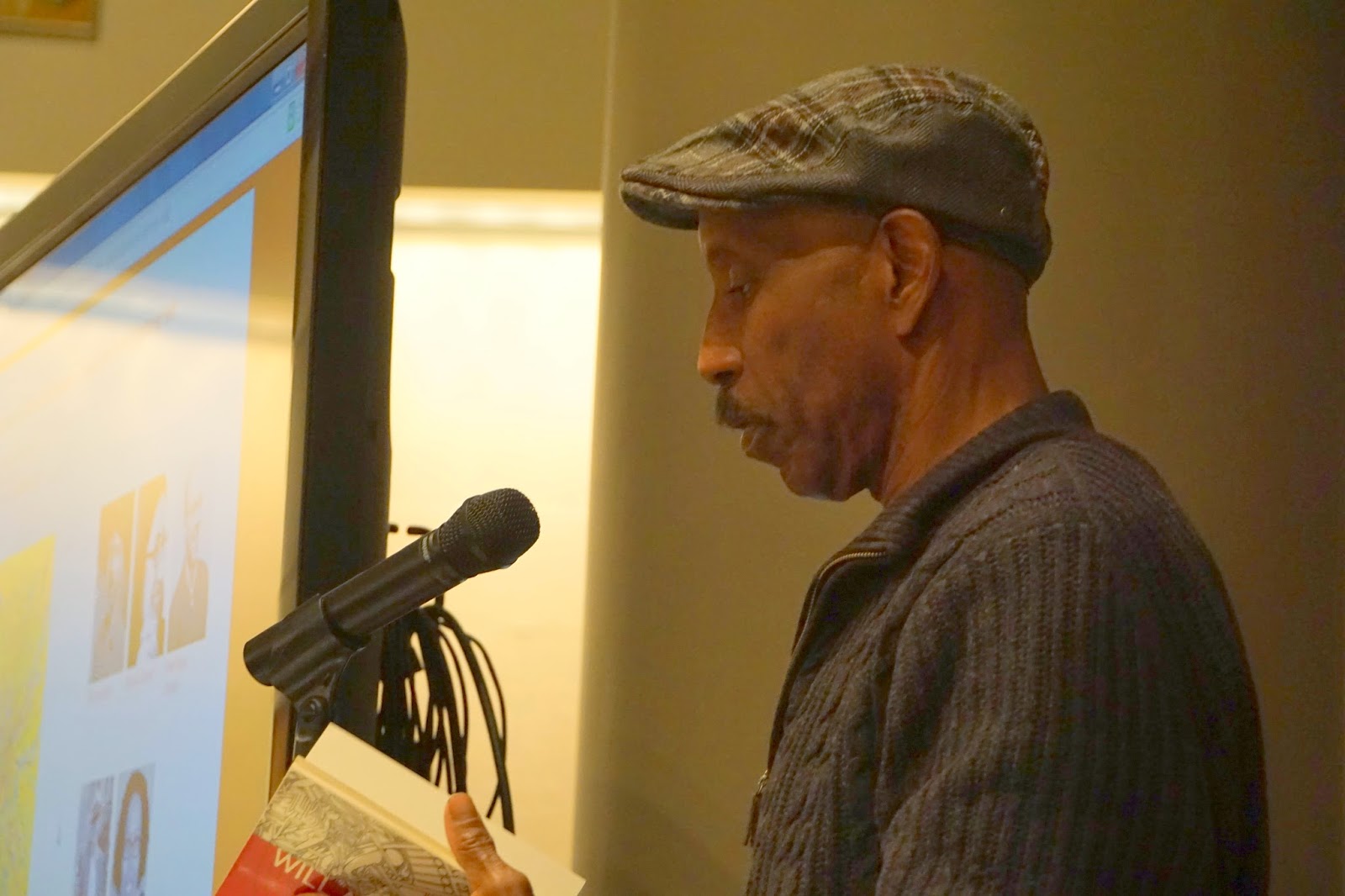 Last night in New York, the Graduate Center of the City University of New York hosted an event  to  mark the republication of Will Alexander's book Towards the Primeval Lightning Field. The evening began with a reading by Will, followed by commentaries by me, Evie Shockley, Marcella Durrand and Brent Hayes Edwards. We were introduced by Tonya Foster and sponsored by IRADAC, and if you want to know what those initials denote, you can ask Evie, who was drilled and quizzed by IRADAC's able director, Robert Reid-Pharr during the dinner we all enjoyed afterwards. I opened my comments with lines from the Congolese poet Tchikaya U Tam'si, opening onto an exploration of the intellectual and poetic context out of which Will's work grew. An excerpt from the end of my commentary is pasted in below.

We had a receptive audience, including a number of friends I had not known were in New York this week.

Will and I have been friends forever, but have not seen each other for a decade. It was wonderful to find him in good health and hear him in good voice. 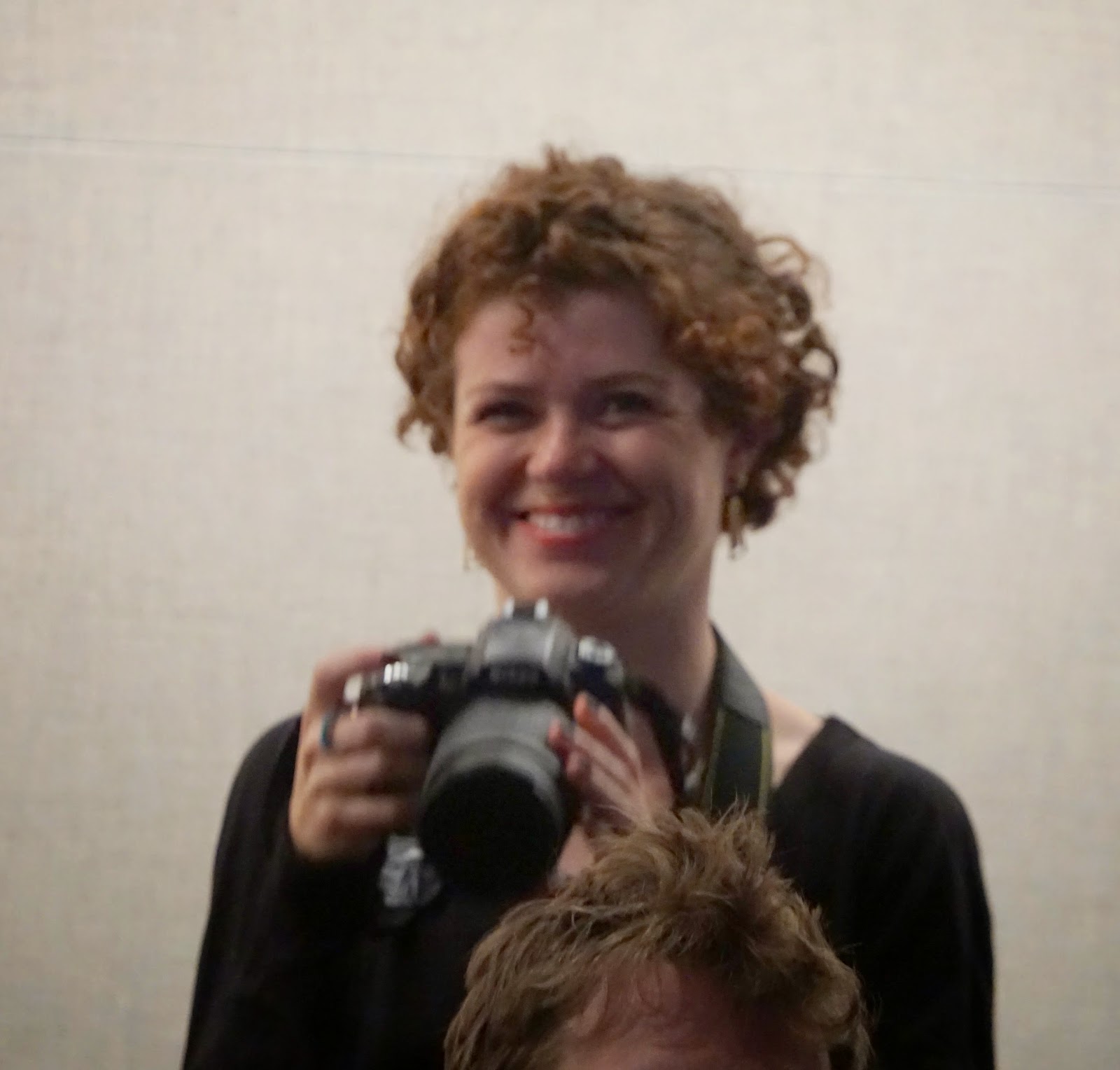 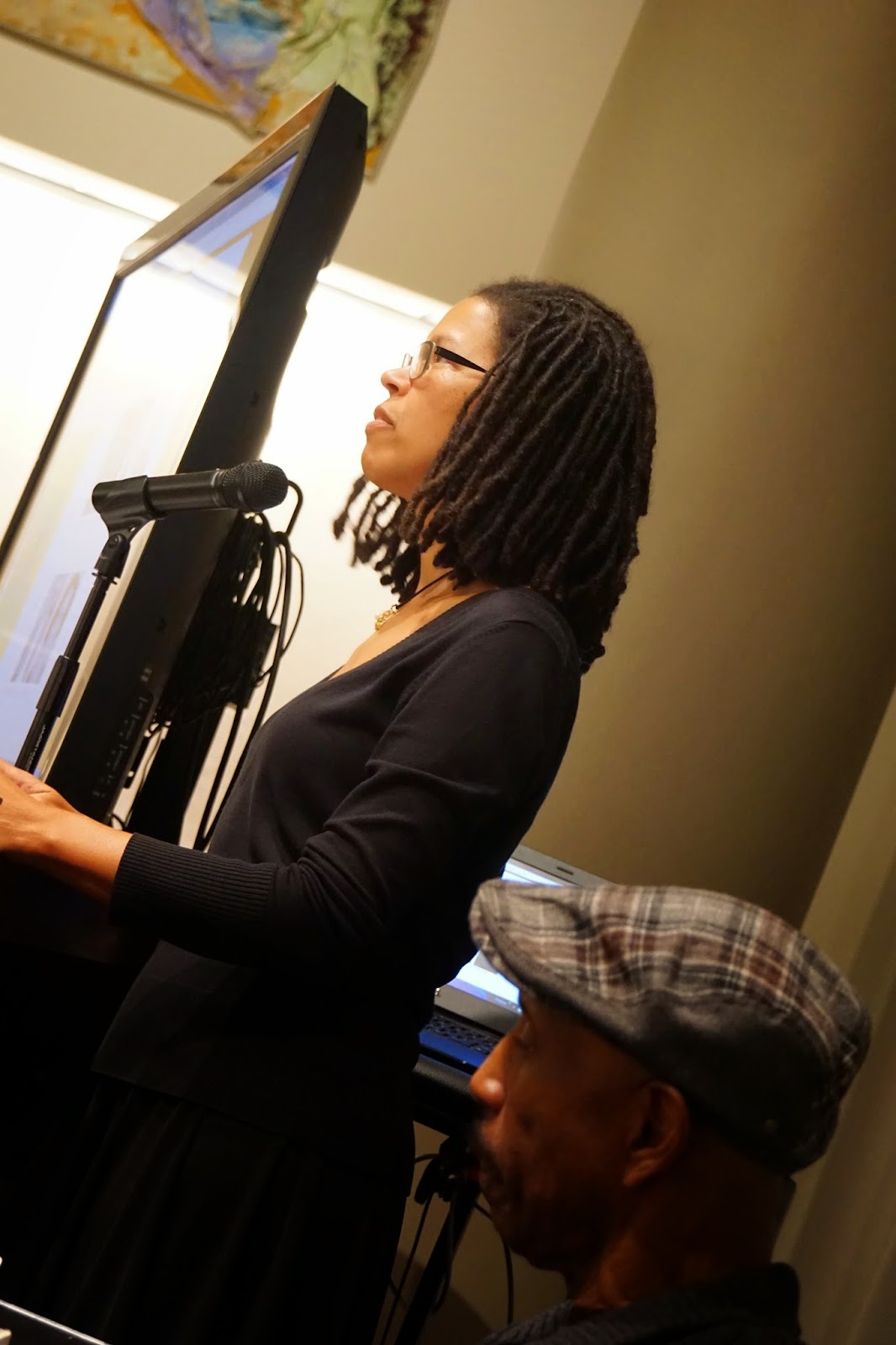 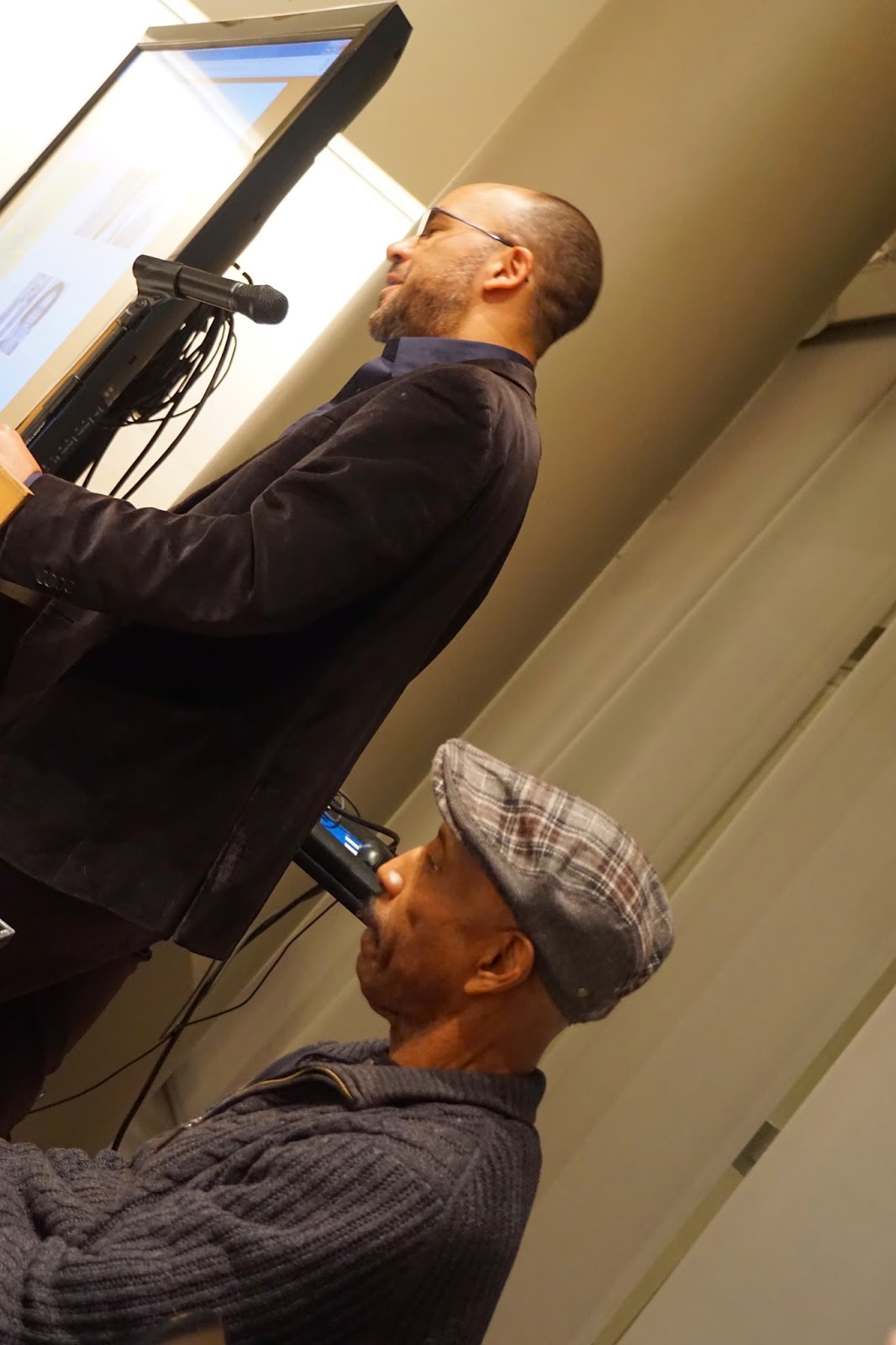 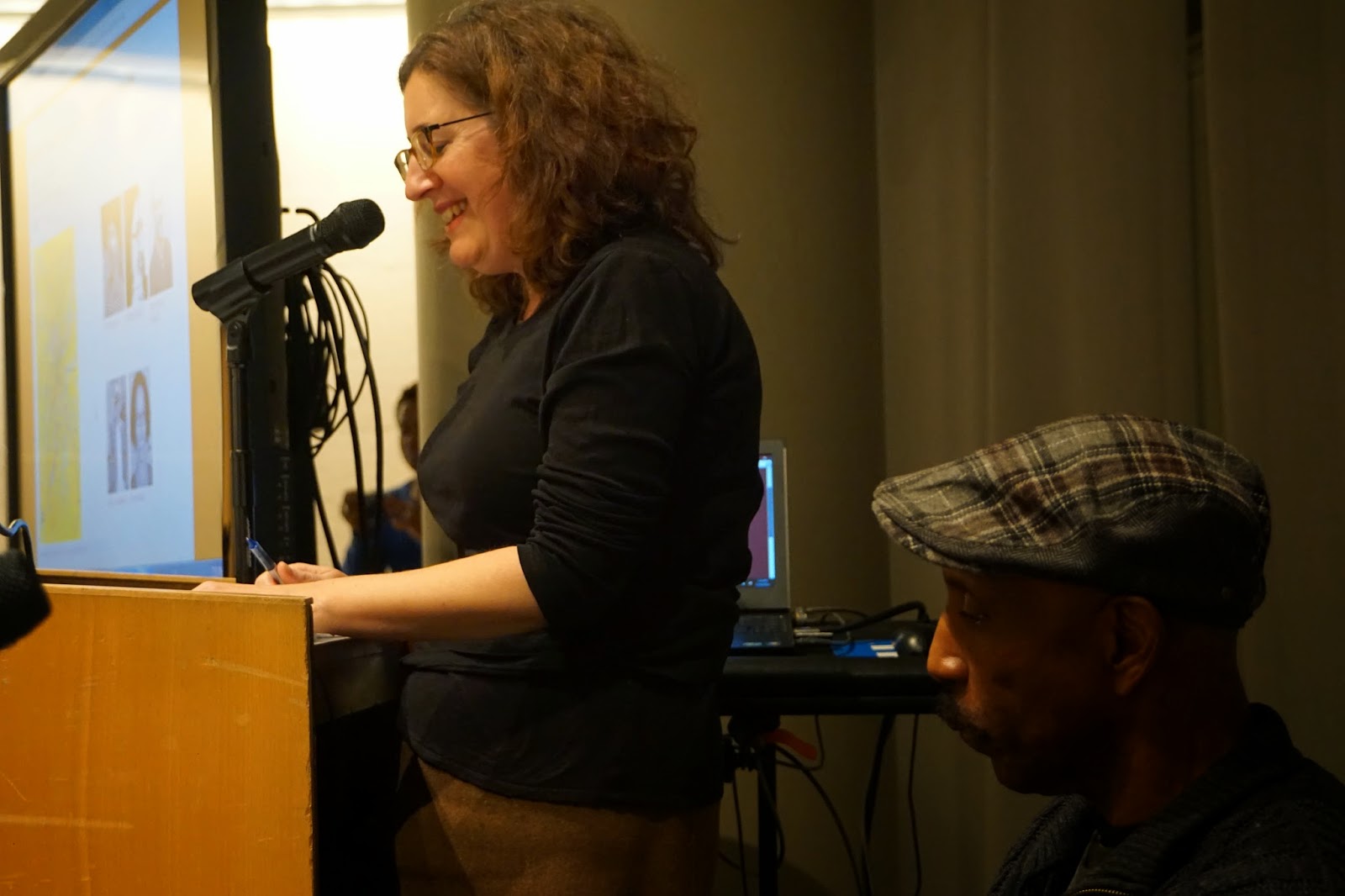 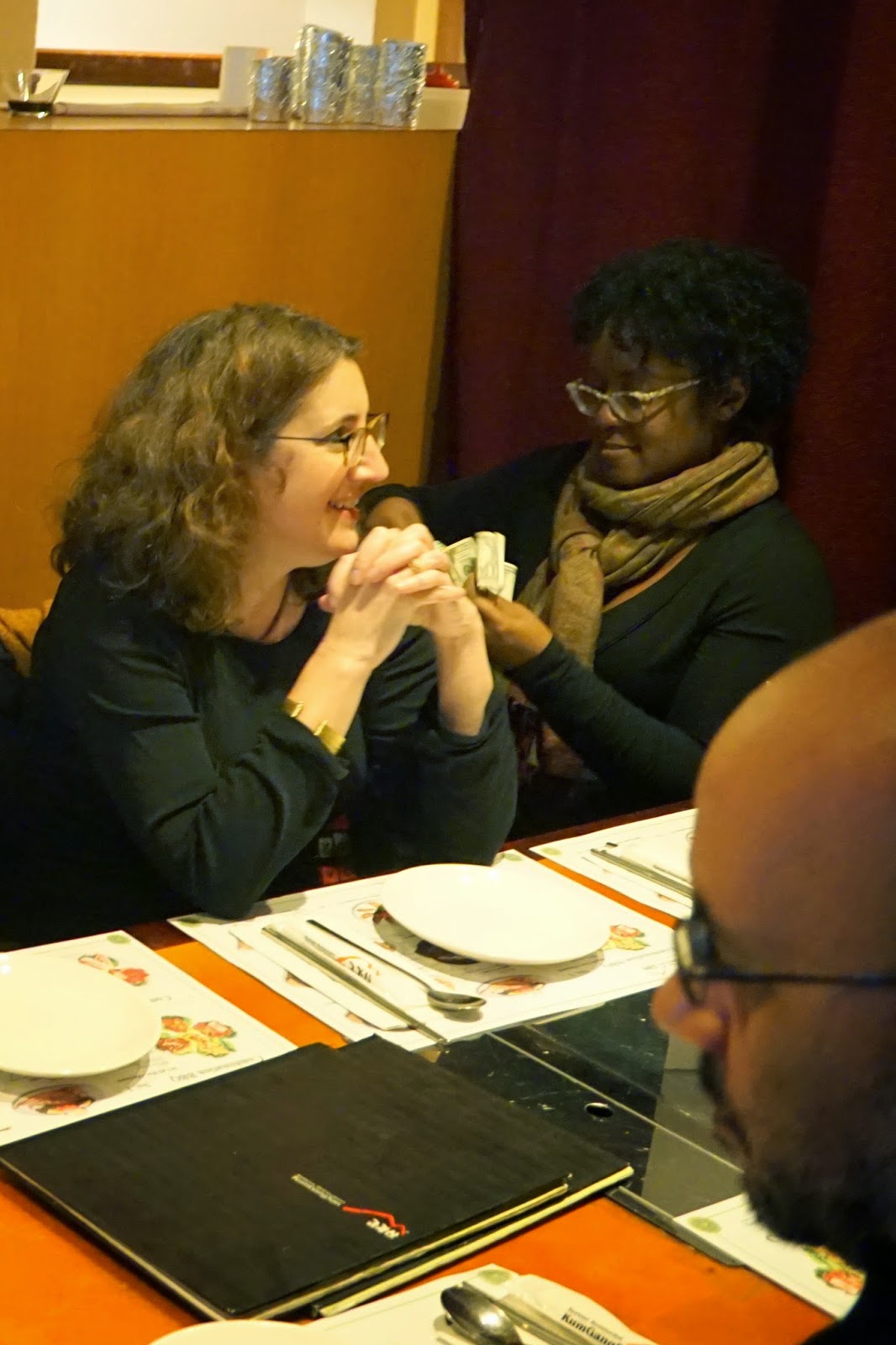 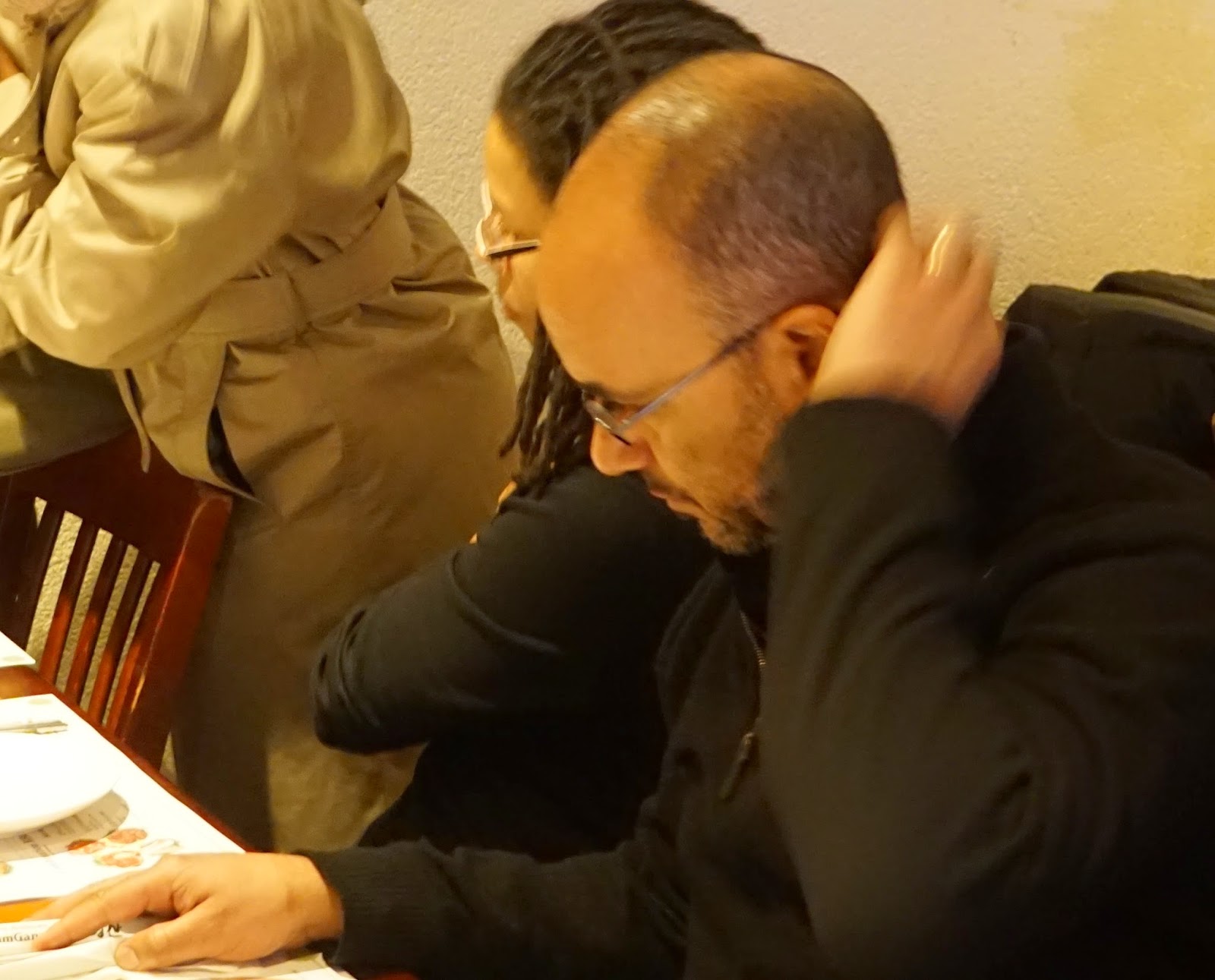 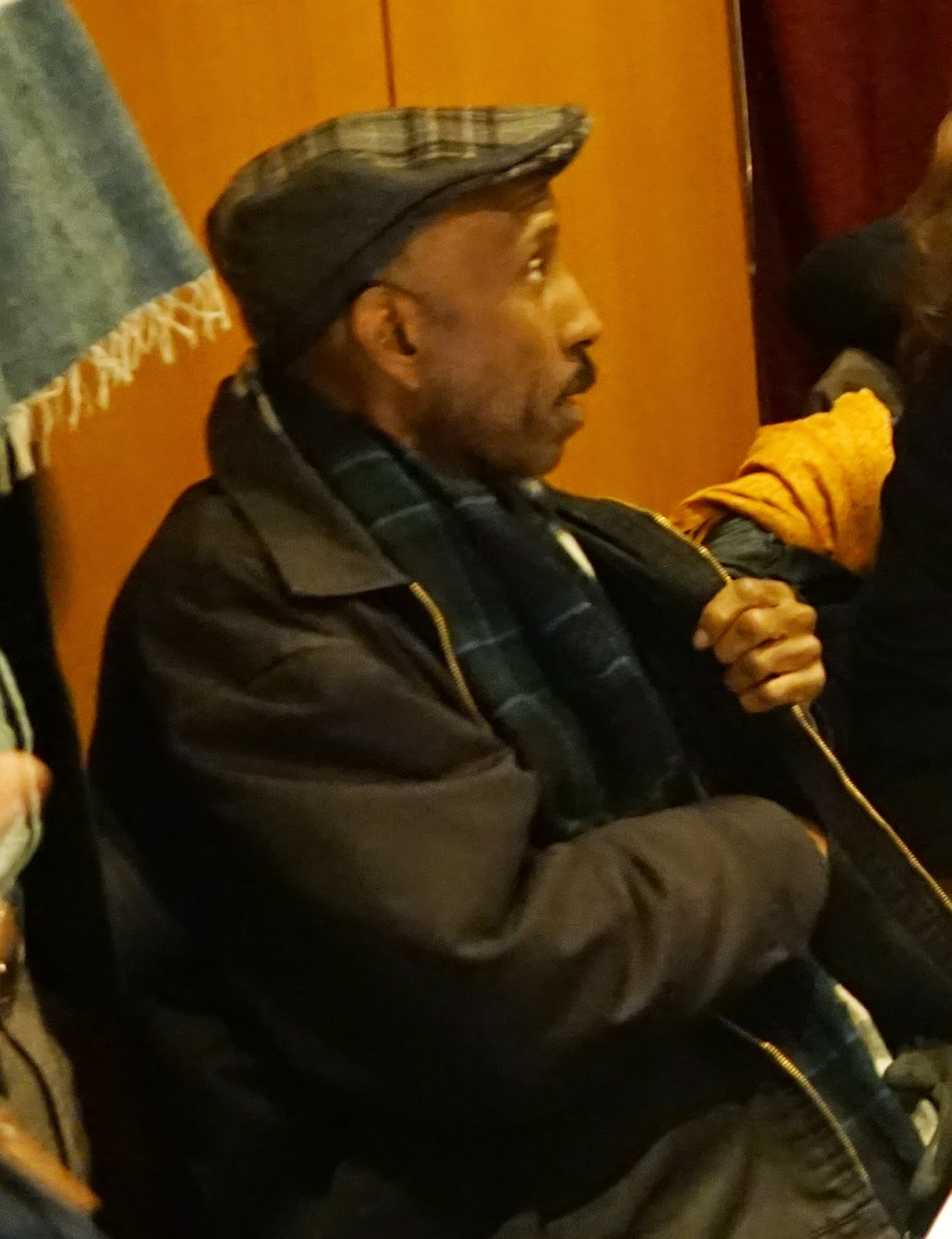 Alexander’s writing, as immediately identifiably his as it is, as unusual as it can be (on the very opening page of Towards the Primeval Lightning Field he, or somebody, responds to “those who protest the sum of my arcane methodologies”), participates in formal and rhetorical modes that we should honor by imbricating with his own. When Alexander assumes the persona of “an Egyptian in Eturia (25), or as “the whirling king in the runic psychic theater” (64) he is time traveling with U Tam’si:

But Alexander’s text is also close cousin to another with which he might not ordinarily be associated:

And behind both of these is, of course, the first poem by that Lincoln laureate:

I bathed in the Euphrates when the dawns were young.
I built my hut near the Congo and it lulled me to sleep.
I looked upon the Nile and raised the pyramids above it. (Hughes 23)

And if at times Alexander reads like he has swallowed a dictionary, it’s important to take heed of his poetry’s unspooling etymologies. When, in Towards the Primeval Lightning Field, he writes of a “Cadastral map,” supplying a clarifying definition in passing, we must call to memory Césaire’s Cadastre, representing the poet’s work from 1945 to 1950, brought into bilingual American publication in 1973 by Joseph Okpako’s The Third Press.
Or take this sentence from Towards the Primeval Lightning Field: “Not regressive intermotion, but neoteric flight within matter” (112). This time the poet offers no assistance with the definition, but in fact we’ve seen this word before, and it has even done service in the criticism of Black Arts era poetics long before now. The first time I went scurrying to a dictionary to find out what “neoteric” meant was when I saw the word in what most would recognize as a quintessential Coltrane poem, “Don’t Cry Scream.” In the midst of this poet’s sheets of sound we come up against these lines:

The poet in this instance was Haki Madhabuti, then still writing under the name Don L. Lee, and he had read U Tam’si too. And it was to this instance that the late Stephen Henderson turned, in his introductory essay to Understanding the New Black Poetry, when he wanted to get across certain points about “Black English” and about the virtuosity of black poets:

. . . there is a complex and rich and powerful and subtle linguistic heritage whose resources have scarcely been touched that they draw upon.
Don Lee, for example, can use the word “neoteric” without batting an eye and send us scurrying to our dictionaries. The word is not “Black” but the casual, virtuoso way that he drops it on us–like “Deal with that”-is an elegant Black linguistic gesture, a typical gesture, like lightning arpeggios on difficult changes, or on no changes at all. (33)

This is not, has never been, a question of whether or not Alexander read or remembers “Don’t Cry, Scream,” but rather a matter of seeing Will Alexander’s willful complexity within the larger complex out of which he springs at us.
To end again with U Tam’si:

And if this harp cannot follow me
there where the spirits wait
This is my testament:
I leave you the fire and the song. (141) 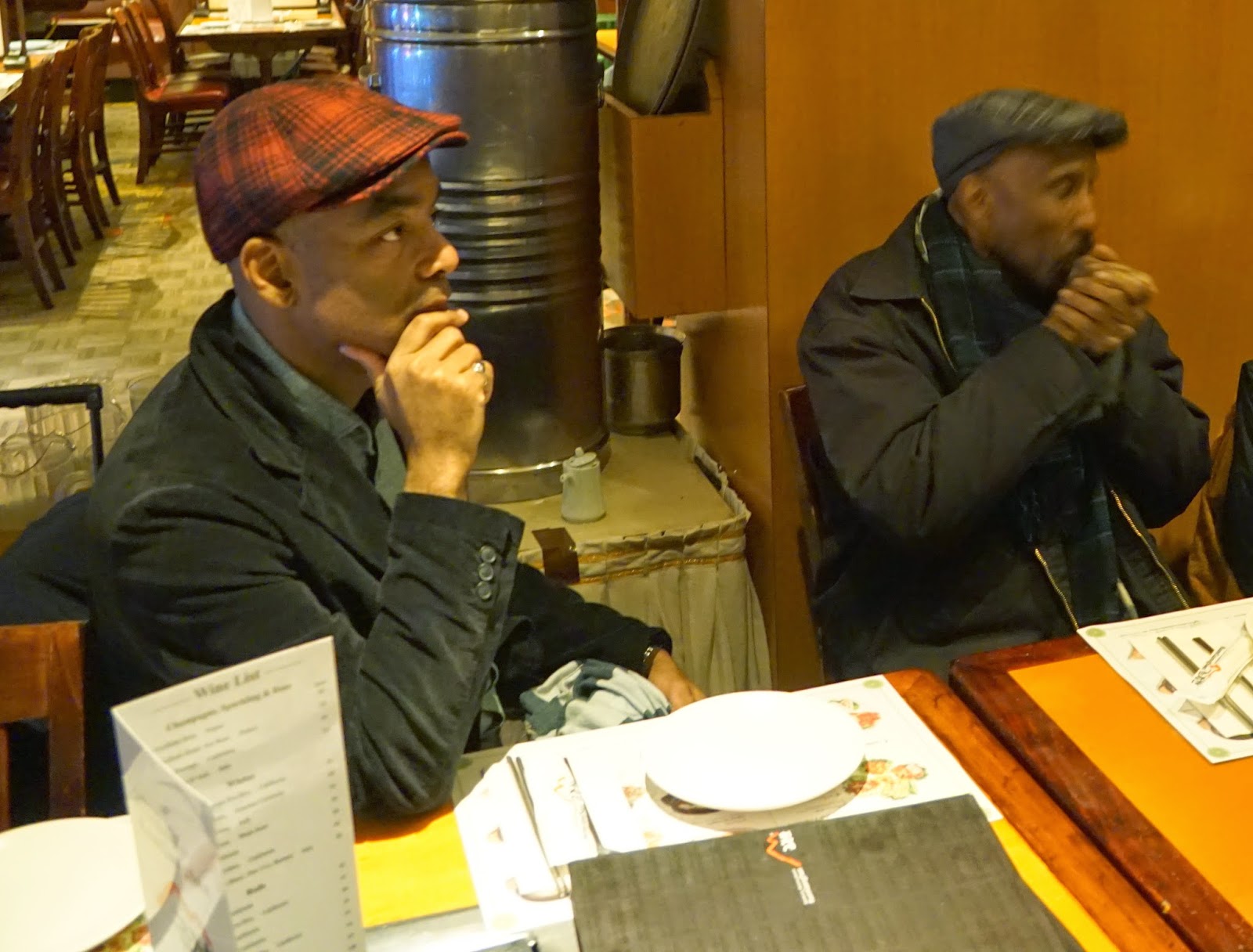