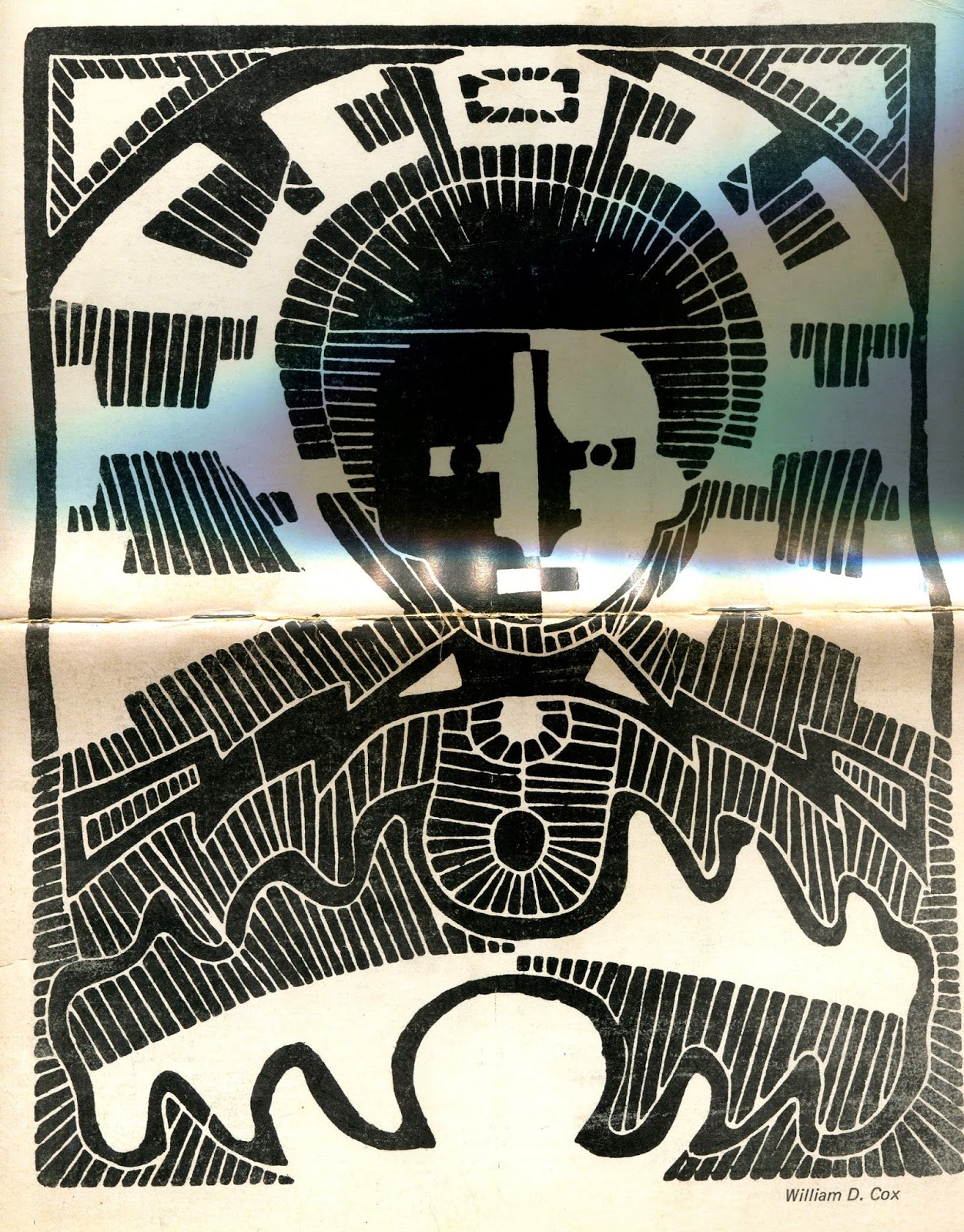 Thought I'd post these in conjunction with the latest Q&A with Ethelbert.

What you see here are issues  of the Federal City College literary journal as the school disappeared into the University of the District of Columbia and the ambitious little mag disappeared into history.

That first issue came out in 1975, and that was the first time my poems appeared in the neighborhood of the great Joanne Jimason, author of Naked Against the Belly of the Earth and Blowing the Blues Away

In the tradition of little mags, issue #2 didn't show up till the following year. Which is probably why the preface by Myles Johnson begins, "this is way overdue." Johnson declared it was going to be a quarterly, one that "has been waiting in the wings like Alkebulan waits to cleanse herself of unnatural elements," though I may well have been one of those elements for all I know. I had more poems in that issue, and it also features what may well be David Nicholson's first published fiction. David also contributed the title poem for the mag. Despite Johnson's announcement, the next quarterly didn't come for a year. By the time volume 2 number 1 appeared, the masthead read "Univ. of D.C. Mt. Vernon Square Campus." It was 1977 and FCC was merging.  Long time Metro riders will recall hearing announcements of the Mt. Vernon Square / UDC" stop, and may well wonder why there is no sprawling UDC campus there -- Maybe Slave Speaks was speaking too loudly for somebody up on THE HILL? This was my last appearance in the mag, and the first appearance of Essex C. Hemphill, who had practically a whole chapbook of his own in the issue, and would just a couple years later emerge with Nethula journal.

Beginnings and endings are always worth noting . . . 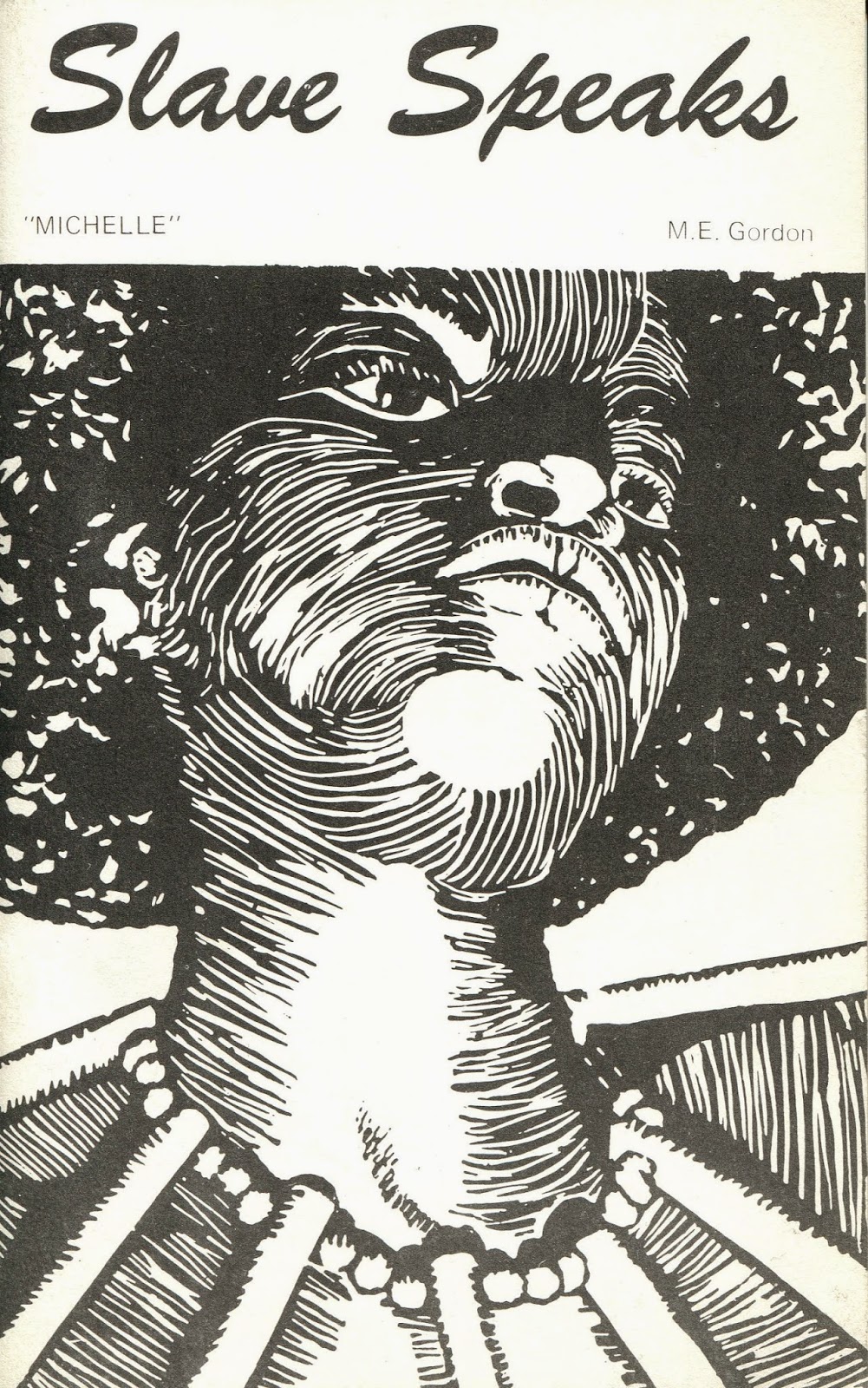 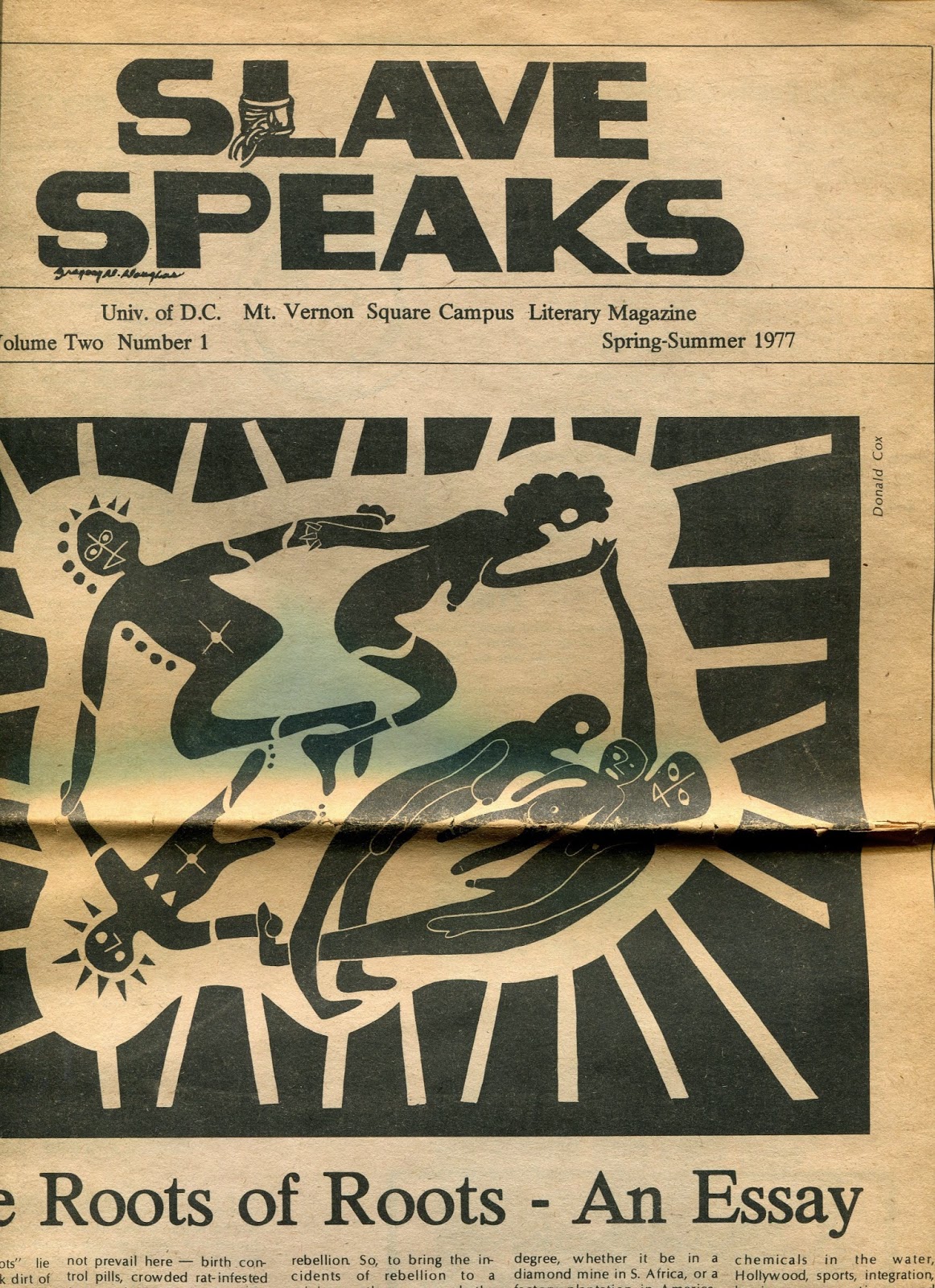