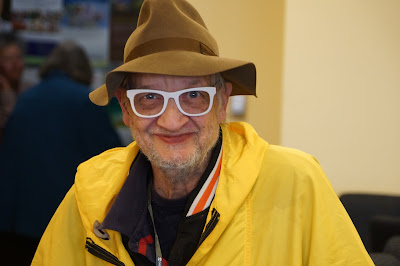 "Hugh Walthall is our most recent version to Han Shan, the whickering divine of early days. From his mountain as taxi dispatcher in Washington, D.C., Walthall diespenses what he has found, the sounds of frying wires and wireless, the crisp, crinkling metal-burns that reduce to ash any wire that can't flood with reality and resistance to reality. The wires that survive and reveal reality Walthall moves over into the quickness of his lines which tingle, fry, burn with the voltages of perception, wit and word."
-- A.R. Ammons

Years ago I found myself sitting next to Hugh Walthall at a Richard Howard poetry reading. As Howard walked to the front of the room to begin, he paused at our row, laid a hand on Hugh's shouler, and with a warm smile asked why he hadn't seen more of Hugh's poetry in print just lately. "I don't want to risk losing my amateur standing," Hugh replied. Laughing, Howard told Hugh he was no amateur.

How was it that Richard Howard knew of this poet you've probably never heard of? A very young Hugh Walthall burst into print (after first publishing letters to Downbeat magazine as a precocious teen critic) with poems in places like American Review, a lit journal you could buy at a drug store magazine rack.  From "Mr. Grover Greens Defines Two Trains and Rides One." 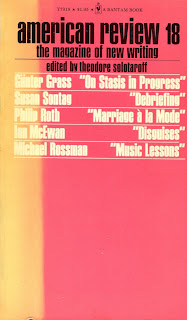 When he was published in American Review 18, Walthall was in the company of such writers as Gunter Grass, Susan Sontag, Muriel Rukeyser, Heather McHugh, Marilyn Hacker, Phillip Roth and Hayden Carruth, not a one of whom worte anything like the way Hugh did. 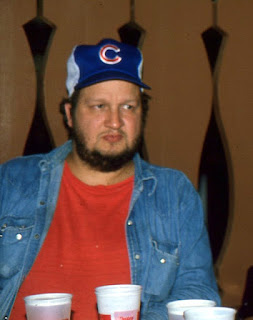 So by 1978, Hugh was able to get his first book, ladidah, out from Ithaca House, a press that counts among its poets Ron Silliman, Bob Perelman, Tom Mandel, William J. Harris, C.S. Giscombe, David McAleavey, and so many more. Us D.C. folk especially liked that snow-capped gargoyle on the cover -- made us feel right at row house home. 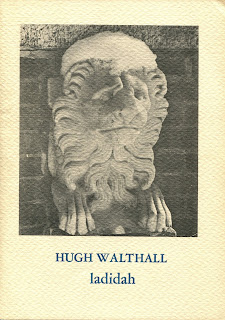 from "Breaking up Is Hard to Do" 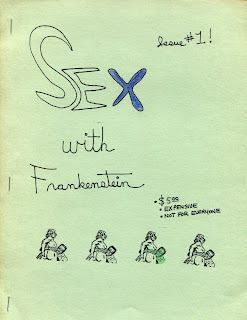 In addition to the Journal of Pomposity and Shoddy Thinking, Hugh was the publisher editor of Sex with Frankenstein. Each only lasted one issue; the latter has the advantage of having contents. (The JPST was only a cover.)

More to the point, Hugh was, along with the still very lively Richard Flynn, the founding publisher/editor of SOS Books (Sultan of Swat), who published my first book of any kind, Heat Strings. The first SOS book was Beth Joselow's April Wars, the second was Joan Retallack's Circumstantial Evidence. The latter title always struck me as more than usually appropriate for the press. SOS got its first backing from the U.S. Government. It wasn't grant money. Hugh, along with several others, got a small settlement for having been the subject of a false arrest during anti-war protests.

SOS pretty much ground to a halt, as is the way with so many small presses.  We couldn't really expect Hugh to go get himself arrested again to replenish the coffers. 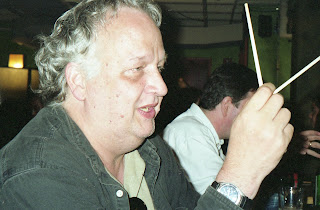 He never stopped writing. I was happy to include his "Proposed Renovations to Paradise" in the first issue of my long ago zine, lower limit speech. I thought Hugh's plans just heavenly.

Speaking of the after life, when we all saw the tumult around the funeral for the Ayatollah Khomeini, around his body for that matter, Hugh opined that the Ayatollah's funeral arrangements had been the recently deceased Lucille Ball's first assignment as an angel. I'm waiting to see what angel Hugh's first task will be. 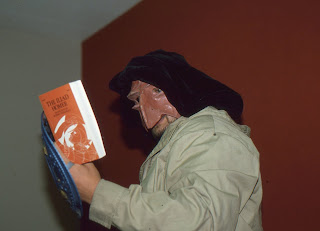 I've tried a few times to interest small press publishers in Hugh's later work, but no luck so far.  Still, I'll keep at it; one day we'll have a Hugh Walthall book -- Then we can all put on Greek masks and read it together.
Posted by Aldon Lynn Nielsen at 3:45 PM

Glad to have all of this about Hugh. Is it possible to post more of his work?
Chip Brown