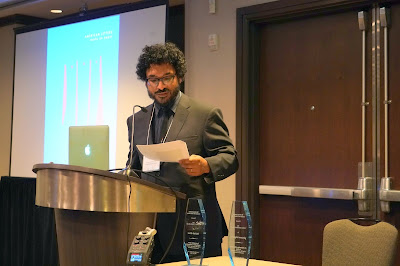 This year's honorees were Dr. Michele Elam, of Stanford, for the Darwin Turner Award, and giovanni singleton, most recently Holloway Lecturer in Poetry and Poetics at Berkeley, for the Stephen Henderson Award.  Gregory Pierrot, President of the African American Literature and Culture Society, was Master of Ceremonies for the occasion.

The Toni Morrison Society was celebrating its twenty-fifth anniversary, and so the gathering raised a toast in their honor. 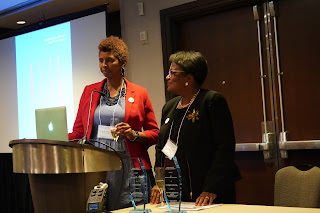 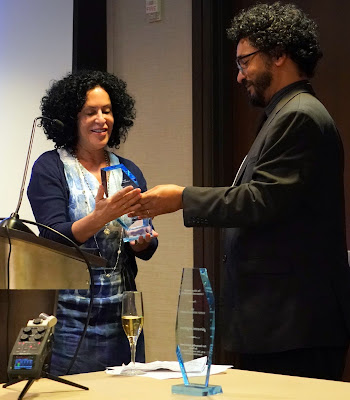 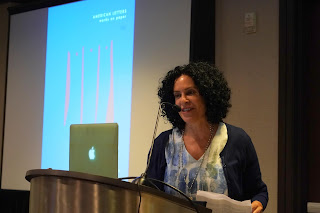 This is to be the last ALA conference in San Francisco, and so it was particularly fitting that singleton, a long-time force in Bay Area poetry, should be honored.  She read (and projected!) several of the "works on paper" from her most recent book, American Letters.  Keep an eye on Penn Sound for a recording of singleton's reading. 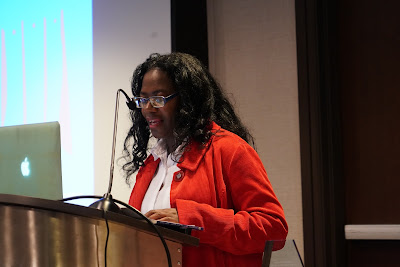 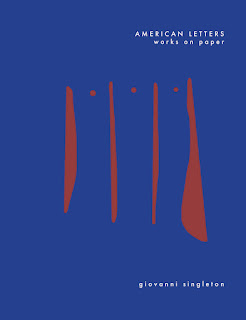 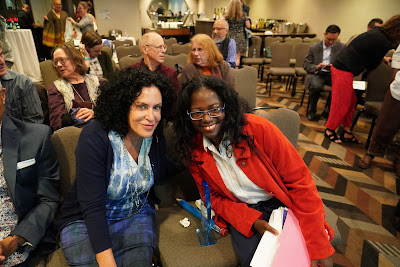 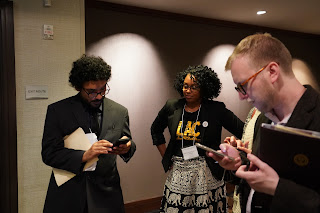 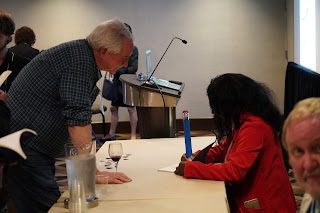 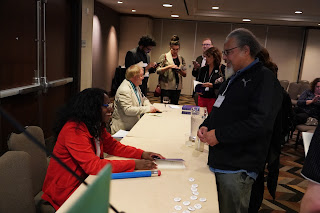 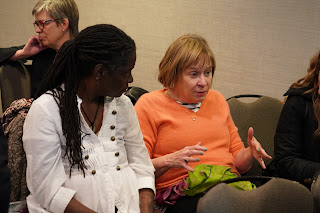 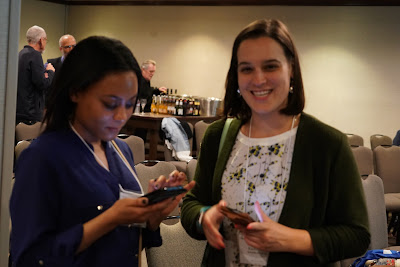 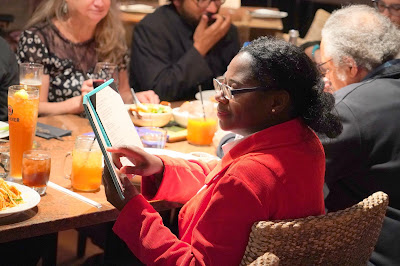 Posted by Aldon Lynn Nielsen at 11:42 AM