[what follows is the introduction I provided for a reading by poet C.S. Giscombe on Nov. 30.]

“Four Minutes and Thirty-Three Seconds” is, of course, the title of John Cage’s most notorious composition, one which calls upon a concert pianist to sit at the instrument and do nothing for the period of time specified by the title. When I spoke with Cecil Giscombe earlier this year about tonight’s event, he instructed me that in his view a good introduction is one that lasts about one minute. It took John Cage nearly forty times that time, in one of his most highly structured texts, simply to announce, “I have nothing to say, and I am saying it.” For that matter, it took Giscombe nearly seven minutes to deliver himself of a quite good introduction to Erica Hunt on this very campus. Poets of Cecil’s generation, which is to say people my age, got a good lesson in our youth from James Brown, who sang to us about people who were talking loud and saying nothing.

This may, just may have something to do with the evident proclivity among the more interesting poets of that generation for the compressions of what was once termed analytic lyric, an approach to language that can make even the extended works of Giscombe’s Giscome Road or Into & Out of Dislocation striking for their local intensities and steadily concreting musical structures. I have been speaking for one minute and fifteen seconds, and this concludes the first section of my now overlong introduction to a reading by the poet who signs himself C.S. Giscombe.

“But how long ago was it in television years?” That question forms the opening of one segment of Giscombe’s “Look Ahead-Look South,” a poem I hadn’t looked at in dog’s ages till I found myself reviewing all of Cecil’s writing for an anthology project. I was still looking at a black and white television when I first read Giscombe’s poetry, and I read those poems as a hungry graduate student who had entrusted a friend with some barely spareable cash, not nearly enough to upgrade to a color television in those days, asking that friend who was heading off to Cornell to bring back a selection of recent poetry volumes. There was much to forget in the handful of publications my friend turned over to me upon his return, even much to regret, but there was also Postcards, Giscombe’s first volume, published that same year, 1977. I was not to meet Cecil for nearly two decades, was not to hear him read his poetry for nearly a quarter of a century, but I found in those early poems, “The music I heard / in that Northern house” as Giscombe writes in “Where I Lost It,” exactly the sort of post-projective new American poetry I had instinctively been looking for as I cast about among the cast of contemporary poets for something less marked by pretense and presupposition than the reflexive confessional, something deeper than deep image, something that could stand up in the aesthetic maelstrom of post-punk and speak with a clarity absent even from the world of the Spoken Word stage. “What news for the natcheral man” was what I looked for, Taj Mahal accompanying me on thumb piano and conch as I searched and aged. Like Giscombe, I am “old enough to recall Jim Crow,” and like Amiri Baraka and Bob Dylan, I had dallied with Crow Jane. This all constituted, in an age that came to identify the problematics of identity, “the shapelessness of relation” that is so often Giscombe’s subject. At the pinnacle of the color line there is no rest, no campground – but there is that great getting up morning. There is always something to get up to. There is always the music of relation, and that other economy is the space of poetics, the lyric space that is marked by Giscombe’s passage. I have now been speaking for three minutes and twenty-eight seconds, and I have yet to mention here, as I now mention here , Giscombe’s other works, including Here and Two Sections from Practical Geography and Inland.

In traversing the terrain of Giscombe’s road, his collected texts, one inevitably notes landmarks, familiar features, characteristic ways of getting a thing said, conceptual obsessions. What is clearest is the constant objective, Giscombe’s continual exploration of, as he puts it in “Blue Hole,” “the remotest edge / of description.” We are here well beyond Sauer’s renewed geographies, Olson’s continental drift, even Ashbery’s highly textured wanderings; we are here at exactly the place where the lyric rupture leaves its traces on what “Blue Hole” describes as “soul’s / opaque surface.”

We read often now that we inhabit a post-soul aesthetic, but we have not in fact left behind the questions that haunted us in that age, the questions that still propel Giscombe on his journeys. Many of us have wondered at his recent decision to move into and out of dislocation in Berkeley. The simple observation that in Berkeley you can take your bicycle on the BART train is perhaps too easy.

I’d prefer to think that Cecil is still following those questions as they draw him from his familiar inlands and prairies to that outermost edge of the land, the fault-lines of the San Andreas and the seismic testing ground of our relations. Cecil will ride that train as far as he can, stepping through those questions again and again onto the articulated edge of our possibilities. And one question, fielded in Giscombe’s “Afro-Prairie,” remains, to use the term of those earlier decades, relevant. “Do you like good music?”

The question reanimates a song by Arthur Conley, who I saw a hundred years ago just the other day in a black and white film of the Sam & Dave review performing in Germany. It may be another two decades before some Norton anthology yet to come appends its inevitable footnote to this passage, explaining helplessly to generations of students that Conley, discovered by Otis Redding, was what was then known as a “soul singer.” Students, though, will linger with the operative question itself. “Do you like good music?” If you do, you’ll catch my reference, as well as my drift, as I close in on four minutes and the thirty-third second, as I invite you to welcome a long-haul soul singer: spotlight on Cecil Giscombe. 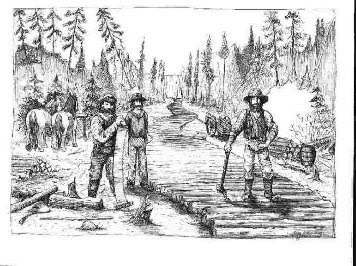 Posted by Aldon Lynn Nielsen at 8:23 AM

Catching your reference and your drift, I must comment, "That's a beautiful introduction, Aldon." --Joseph Thomas