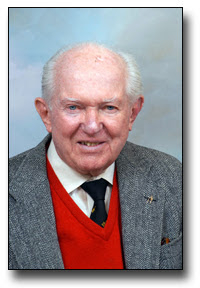 Today's blog is bedecked with the photos of conservative luminaries of years gone by to make one very simple point, that Mark Bauerline's representations of our television past are not to be trusted.
This week's issue of THE CHRONICLE OF HIGHER EDUCATION features a lengthy essay by Bauerline, who is on the faculty of Emory Univeristy, titled HOW ACADEME SHORTCHANGES CONSERVATIVE THINKING. Yes, this is the same Professor Bauerline who has held forth on this same subject in these same pages before. It would seem that no matter how often conservative thinkers complain that they are unjustly marginalized in the world of mainstream academia, the academic mainstream will go out of its way to afford them prime space in which to lodge their complaints.
But what standards of journalism are in place at THE CHRONICLE, and what standards of argument are being taught by Bauerline? Here, reproduced exactly, are the third and fourth sentences of Bauerline's essay:
"Thirty years ago, the only place to find conservatives on television was FIRING LINE, William F. Buckley's urbane talk show. Today they appear on MEET THE PRESS and 60 MINUTES."
And here we come to the fellows here depicted. Thirty years ago, conservative thinkers appeared on, gulp, 60 MINUTES and MEET THE PRESS. Anybody who has enjoyed the original Saturday Night Live's parodies of the 60 MINUTES segment known as POINT - COUNTERPOINT knows how little sense that routine would make without the conservative half of the joust. Week after week, 60 MINUTES gave us James Kilpatrick, he of the red sweater, as he lobbed inanities at the hapless liberals caught in the studio with him. Kilpatrick also held forth routinely, along with several other conservtaives, on AGRONSKY AND COMPANY, a show I watched for all those years that we didn't have cable in Washington, D.C. Kilpatrick had started out as a newspaper man in Virginia, where, as an editor in Richmond, he argued forcefully for the continuation of segregation and editorialized on the inferiority of African Americans. His reward for this was being brought up to the major leagues, where he appeared on both local and network television for many years.

And then there's Robert Novak, who even thirty years ago could be seen on MEET THE PRESS. Novak sometimes scoops the major papers with revelations spoon-fed to him by the Bush administration, and then again, sometimes he just gets in a huff and walks off the stage. The point is, and Bauerline knows this, Novak's television presence stretches back decades.

Conservatives have been on television from its infancy, and the likes of Novak and Kilpatrick were simply following in the path broken by such people as Joe Pyne, pictured at the top of today's blog. Pyne was in every way a prototype for the O'Reillys that plague us today. In the pre-cable era, his show was in national syndication and could be seen in nearly every major metropolitan area. Long before Novak had ever shouted down a guest, Pyne was egging his live audience on to frenzies of vituperation against all things liberal. Pyne, too, would have been on the air thirty years ago, had he not dropped dead in 1970 while his show was still enjoying top ratings.

Bauerline's essay in THE CHRONICLE OF HIGHER EDUCATION reviews discourse that, as he puts it, "darkens the fate of the conservative tradition."

What could darken the fate of conservative thought in America more surely than his own disregard for the most elemental standards of demonstrable truth?
Posted by Aldon Lynn Nielsen at 5:37 PM