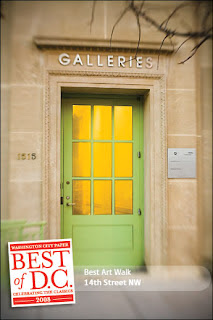 I'm back in my hometown, DC, again, and this happens to be the week when Washington's CITY PAPER releases its "BEST OF" issue. Rod Smith was hailed as Best Poet -- He's having a good year!
Best Poet
Rod Smith
With 23 years running Aerial Magazine, 15 years at Georgetown’s Bridge Street Books, and 10 books of poetry published (including last year’s Deed), Rod Smith is a central player in D.C.’s poetry scene. Still, Smith is at his best when flouting poetic tradition. The 45-year-old Cleveland Park poet’s work is, in a word, weird. Take Smith’s “Tub Ride”: “Dad was the man who was always pointing into the sky/at a buzzard. Into a bush at a buzzard. He had a vision./He had a talent for mathematics. He had a tub ride.” The brilliance of Smith’s nonsense lies in its dense underbelly, its hilarious and disturbing investigation into human neurosis. Just imagine what Dad’s tub ride could be. —AH 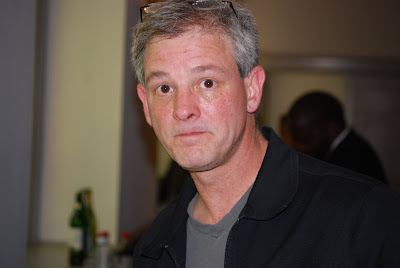