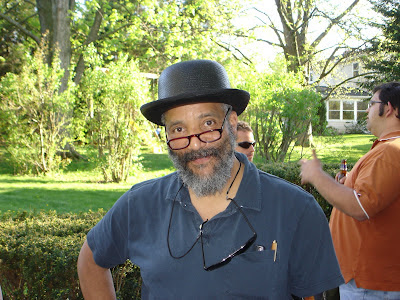 THIS IS NOT A MAGRITTE 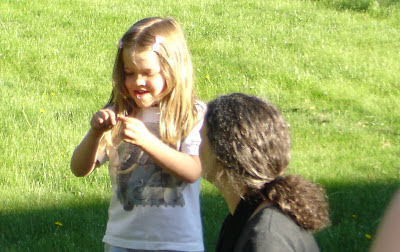 The first blog for this academic year was a post from a party hosted by poet Cecil Giscombe, so it seemed only fitting that I close out the year with a few snapshots from the party we had in Cecil's honor as he makes ready to head out to Berkeley (stopping at Naropa along the way). The sun was out, Paul Youngquist and company not only played up to their usual high standard but brought a fine vocalist with them, everybody stayed late, the hat had a great time. It was a good day. 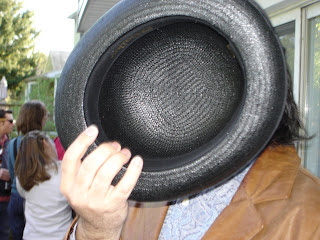 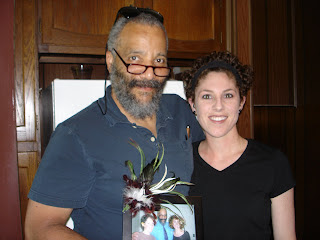 The hand of Jeff Nealon at work. 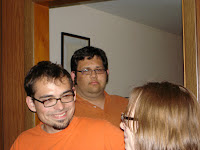 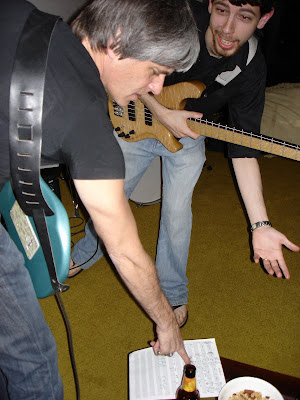 Are you absolutely sure this goes to a C minor seventh here? 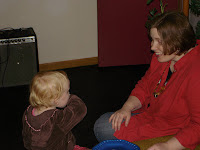 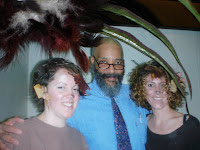 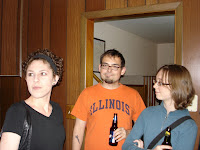 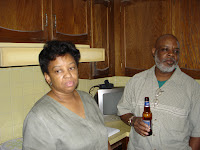 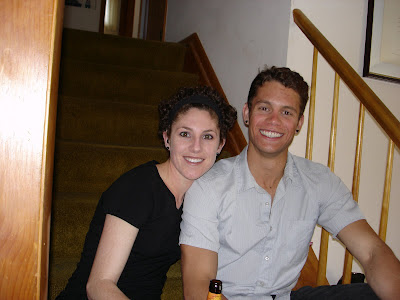 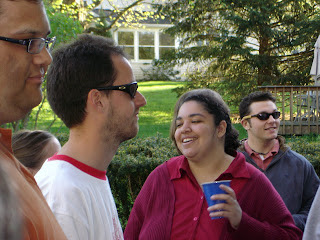 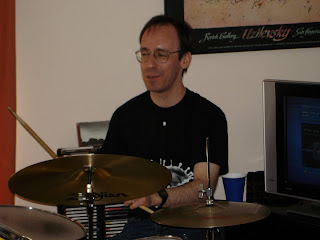 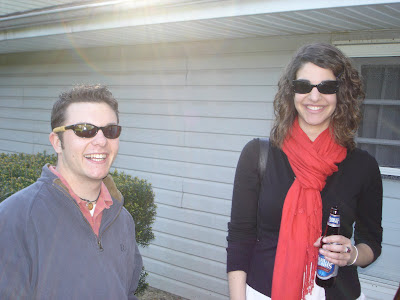 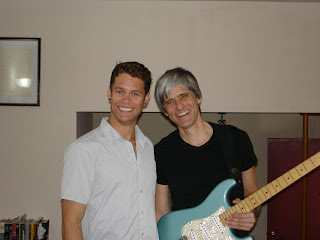 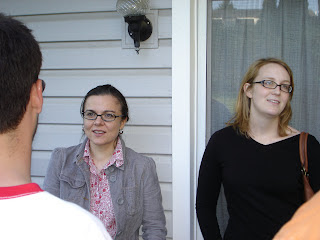 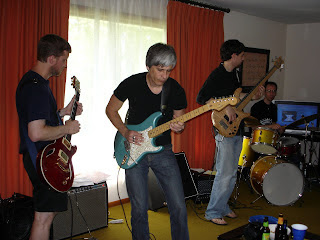 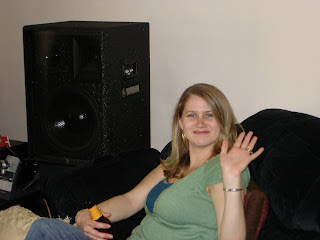 Posted by Aldon Lynn Nielsen at 8:18 AM