POET MARILYN NELSON AT THE ALA 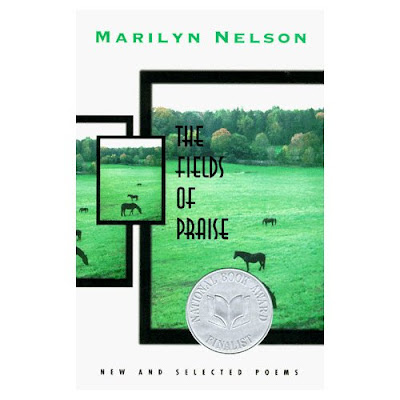 [This year's recipient of the Stephen Henderson Award, presented by the African American Literature and Culture Society, is Marilyn Nelson. I was asked to provide a short intorduction prior to Ms. Nelson's reading in Boston. What follows is the text of that introduction.]
In a review of Marilyn Nelson’s selected poems, Miller Williams wrote that he’d be hard put to find a point in any of her poems at which he could comfortably stop reading. Like all Miller’s aesthetic remarks, and indeed like the songs written by his now more famous daughter, Lucinda, this one is far more sly than it first sounds to the ear. The one place at which most readers, fast or slow, would in the normal course of events comfortably stop reading would be the end of the poem. What Williams was pointing up was a simple enough observation of just how it is that the poems of Marilyn Nelson go to work on us. Take this description from THE LIFE OF A SAINT: "He only ate white flowers. Nobody knew what his body smelled like." It’s that last detail that drags us back to the line, the thought of someone so singular that there is nowhere on earth any one who knows the smell of his body. That portends a lone life beyond celibacy, beyond sociality, beyond mortal. Not just such keen details, but the anticipation of such keeness is what moved Miller Williams to discomfort upon the inevitable coming to an end of a book of poems by Marilyn Nelson.
Though she was still far from her first selected when I first knew of her. It was one of those tiny chapbooks, the kind you have to pull off the shelf in the bookstore and turn face front to find out what they are, thanks to the higher technology known in the book world as "saddle stitching;" That tiny text, which then bore the name Marilyn Nelson Waniek, was my first hearing of this poet. I did not then know that Nelson and Nielsen were one day to meet around a podium in Boston. Marilyn Nelson once taught in Denmark, where the bulk of us Nielsens reside. There she translated the great Danish children’s poet Halfdan Rasmussen, and went on to translate the poetry of Inge Pederson. All of that I came to know much later. Indeed, it was only because I happened to have fallen in with the broad underground of children’s literature specialists that I came to know of Marilyn Nelson’s fame as an author for children and young adults. Anybody who wrote something called THE CAT WALKED THROUGH THE CASSEROLE is forever in my good graces.
But that first chapbook had brought me something very different, a poetry that, in its intense engagement with family and history, called to mind such predecessor poets as Lucille Clifton. And just there was a striking thing – not that an African American poet would be as at home translating Danish children’s verse as writing of her own family history, but that such a thing was at all striking in the first place. Had everyone forgotten Nella Larsen, I once asked, and, then, it appeared everybody had. Still, that breadth of travel and experience is itself the veriest tip of the Nelson iceberg.
Born in Cleveland, a graduate of the University of California at Davis as well as the University of Pennsylvania and the University of Minnesota, Nelson began her writing life in childhood, expecting since sixth grade, she explained in one interview, that she had to become a poet. It was from reading her father’s old college poetry textbooks, she told the same interviewer (and how many of us had fathers who had old college poetry textbooks in the house?) That she derived a considerable part of her early ethical training, and here, too, is something I’d like to underscore. It may be, as Williams tells us, that it’s hard to get the news from poetry, but that very hardness is a lesson in the ethical that only poetry brings. And that lyric ethic has been Nelson’s life-long pursuit, through books such as FOR THE BODY, MAMA’S PROMISES, THE HOMEPLACE, MAGNIFICAT and THE FIELDS OF PRAISE. Alongside those achievements were those well versed volumes for the young, CARVER: A LIFE IN POEMS and the aforementioned casserole walking cat. With this impressive record of publication have come honors, including the Annisfield-Wolf Award, a Flora Stieglitz Straus Award, the Boston Globe/ Horn Book Award, the Pushcart Prize, NEA writing fellowships, a Fulbright, the Connecticut Arts Award and, an honor that must indeed be seen as a career capstone for a Professor at the University of Connecticut, the Poet Laureateship of the State of Connecticut. Please welcome Marilyn Nelson.
Posted by Aldon Lynn Nielsen at 8:07 AM